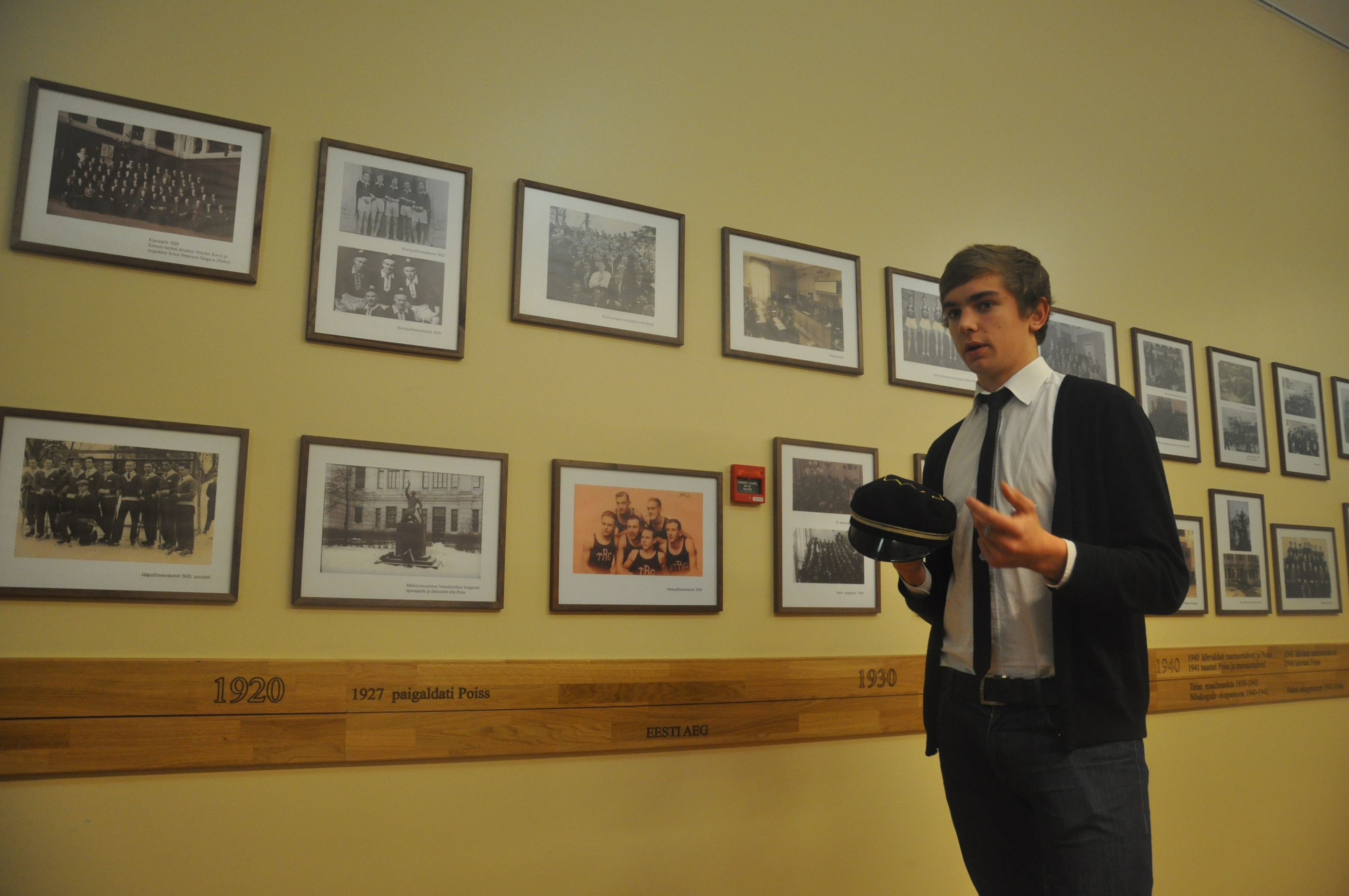 Presenting the school and students. Welcome to Tallinna Reaalkool! Although the way to the school was rainy and glum, our expectations were much more bright. We got what we wanted – interesting people (some of whom we had met on the first and second day already) and a warm welcome. After the presentation of the school council we formed groups of 4-5 people to discuss challenges to the modern democracies and thought of some other points to consider about the topic of our academy. 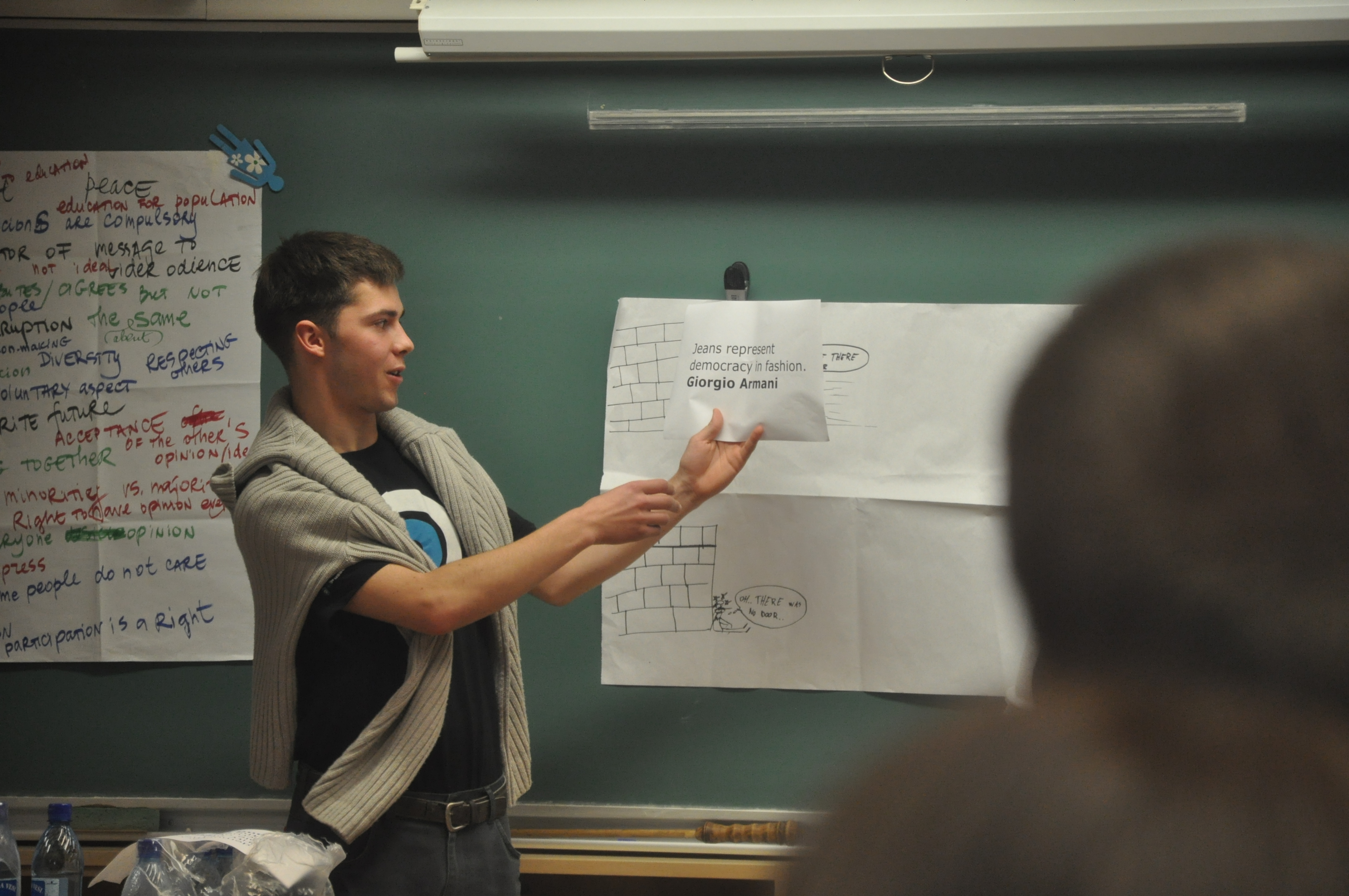 Lunch. Tallinn Secondary Science School. After the tasty lunch at the Tallinn’s Reaalkool we went to visit the Stenbock Maja which is a historical edifice in which now the government resides .

Visit to the Stenbock Maja. Democracy and E-Government. 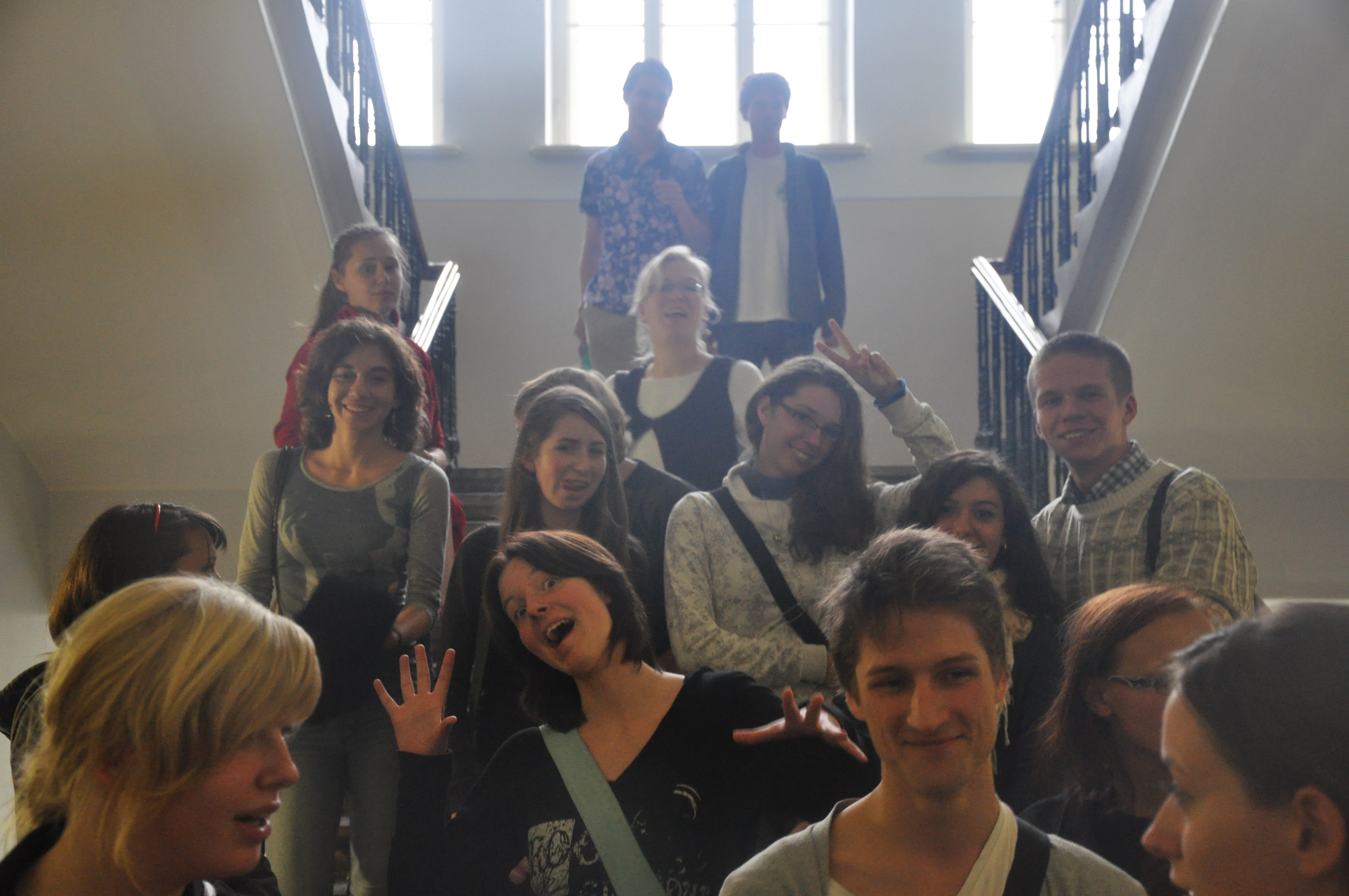 We ooh’ ed and ahh’ed about the remarkable building and laughed loudly when Mare unintentionally sat on the Prime Minister’s chair. After envying the business and comfortable-looking space in which the Prime Minister of Estonia works daily (more or less) we saw the modern way in which the country is governed (E-Government). We had the opportunity to feel for a moment like we were in charge of the country by sitting in the chairs that the Ministers usually occupy in the conferences. Unfortunately, the Prime Minister wasn’t able to join us (he will regret it…). Before the guided (guarded?) visit to the Parliament we took a glimpse of the inside of the biggest orthodox church in Tallinn. 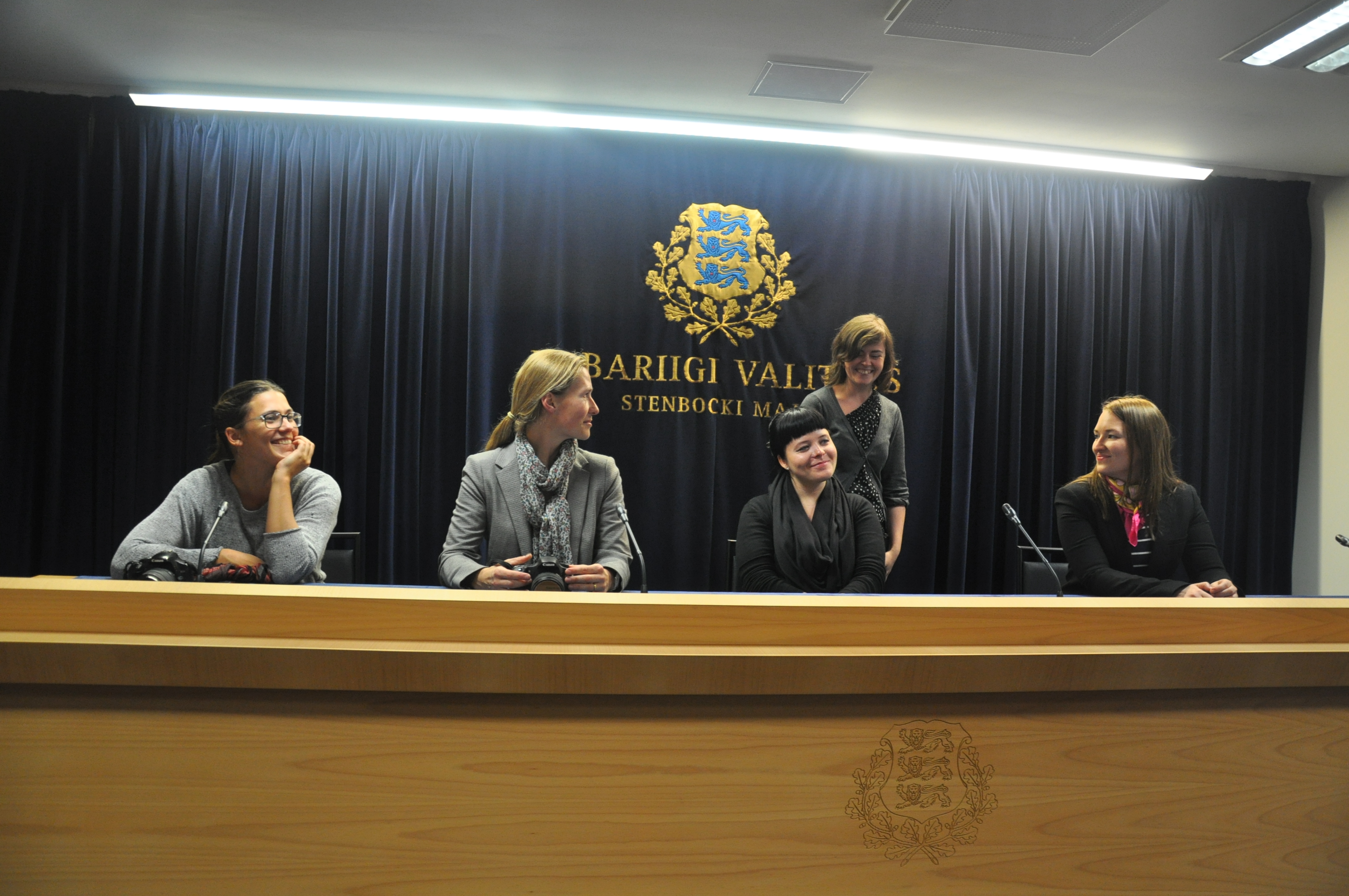 Guided visit to Parliament. Meeting with an expert. Having been strictly warned about the cameras and thoroughly checked, we were taken to the place where the most important decisions in the country are being made. But just before that we had the pleasure to meet with Mart Nutt, a member of Estonian Parliament (with a 20 year experience) who told us about the Estonian Constitution and what makes Estonia a democratic state. Sergei Metlev took over and told us about the hard way to democratic decision making. Before dinner we had a quick coffee with the group and tried to no to talk about politics, but UNFORTUNATELY we failed.

EUSTORY Blog
Here you can find reports from EUSTORY History Camps and other activities by young Europeans.