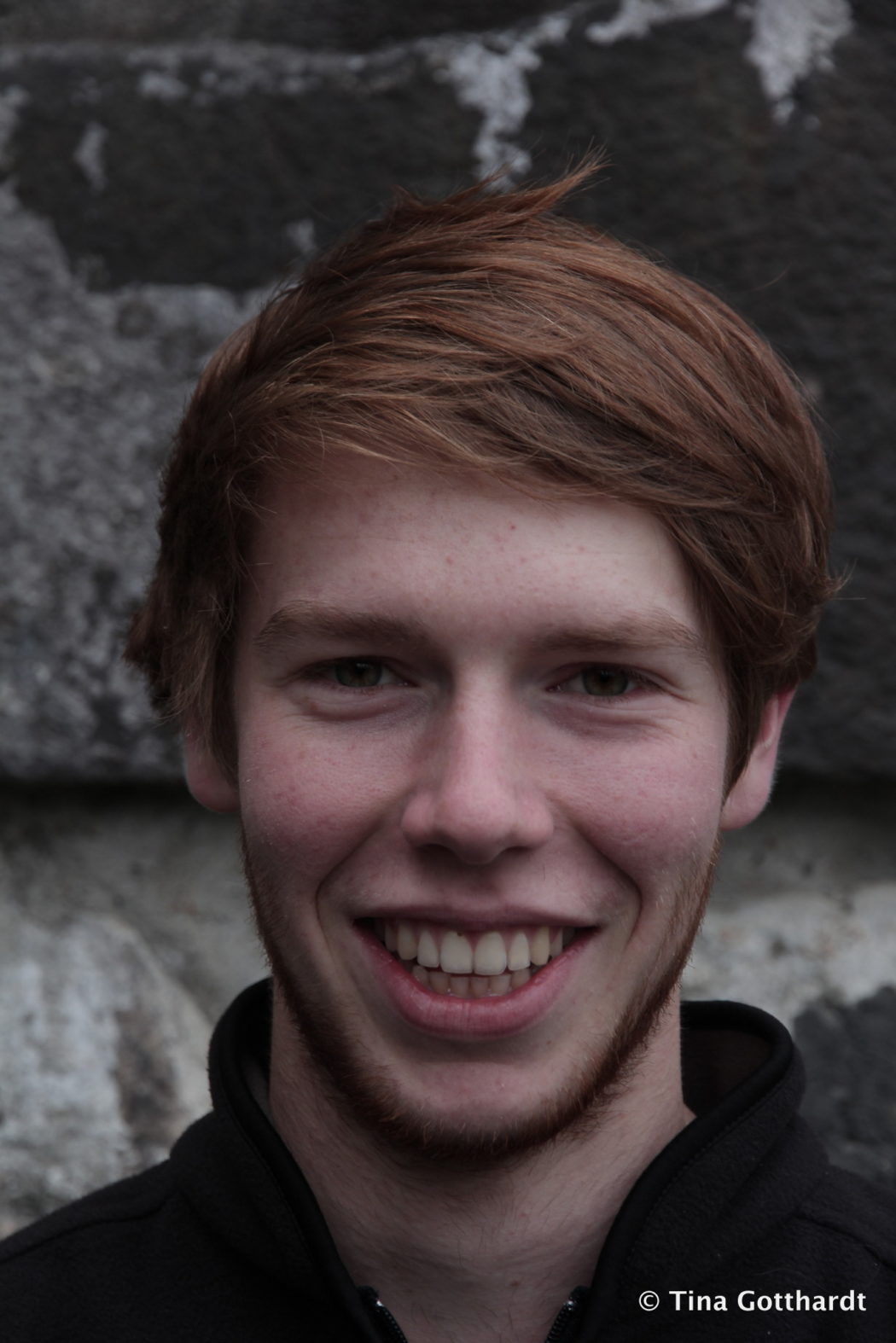 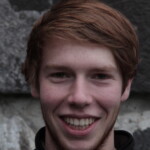 Twenty-three young Europeans from 12 countries met in Oslo for the Eustory History Camp “National Constitutions and European Democracies in Times of Crisis”. Read how participant Jan Schmelter (19) reflects on what he learned about the “Concept of Trust” as a determining factor in Norwegian politics and society. 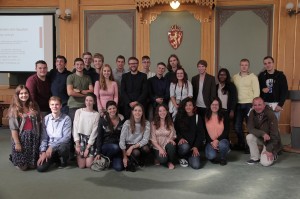 »“Trust works.” These were Stefan Heggelund’s first words with which he opened his talk in the Norwegian Parliament. The conservative parliamentarian believes that Norwegian politics is widely based on a concept of trust. “Let me give you an example: Norway does not have a minimum wage. Neither the labour unions nor the employers want one; this is because they trust each other.”

Three days after our visit to the parliament, Halvor Tjønn, historian and journalist, gave a lecture on trust-based societies. To him it is confidence that puts Norway ahead. This reciprocal confidence that people have in each other and in politics is what he calls a “Concept of Trust”. “It makes business, economics and education a whole lot easier.” There are few figures on trust available, however. This is partly because it is difficult to give an exact definition for a concept of trust and it is even harder to measure the degree of trust.

Nevertheless, if you believe Stefan Heggelund and Halvor Tjønn there is a high level of trust in Norway. And they might be right. The horrible terrorist attacks three years ago were directly aiming at the trust that is vivid in the Norwegian society. But they didn’t destroy it. It seems today that the country is holding on to its principles even stronger than before.

Why should Norwegian politicians be more trustworthy than others?
Trust is the confidence in someone’s reliability. Per definition the concept of trust always includes the possibility that the people who are trusted do not meet the expectations others have in them. That is why you need good reasons to trust in someone. If you do not have any this is naive and dangerous. It may even turn out to be a threat to the existing system to trust someone in decisive questions and then being disappointed. But why should for instances Norwegian politicians be more trustworthy than others? It is hardly believable that Norwegians are naturally more reliable than people from other nations. A common answer to that question is that Norwegians have a general culture of trust. Nevertheless this does not explain how this culture of trust developed and why it developed in Norway and not in China.

The difference between a concept that “works” and a belief that is simply naive is in my opinion a set of institutions that ensure someone’s trustworthiness. It is the institutional differences that let people in Norway have higher confidence in politics than people in China do. In this context institutions can have varying forms. Legislation, organisations and tradition/experience are all vital to develop trust: When the labour union rejects the idea of a minimum wage it is not only because they trust the employers to be nice to them but they also rely on their right to have a say on workers’ wages. As a matter of fact it is legislation that ensures that both employers and labour unions will be heard.

A high level of monitoring throughout the media
Members of Parliament are more likely to trust each other across party lines if they are seated between members of another party. The Norwegian parliamentarians are seated according to the region they come from and not the party they belong to. This may lead to getting to know each other better, taking each other more seriously, having better debates and in the end of the day having more trust in each other.

Institutions that do not seem important at first sight might turn out to be crucial for the concept of trust as the example of the seating order in the Norwegian parliament shows. After a debate in parliament is closed and the parliamentarians leave the chamber they cannot simply go home – there might a journalist waiting outside the chamber in “strolling hall”. It is an unwritten rule that the Members of Parliament will have to answer these questions. This ensures a high level of monitoring throughout the media. Breaking promises will be different if you know that there is a journalist waiting outside the chamber you cannot get away from. That is why a vivid system of media plays a major role in the concept of trust.

In a pluralistic society everyone is dependent on each other
The role that traditions and experiences play in the question of trust is not to be underestimated. Stefan Heggelund points out that there is a “long tradition of consensus in major decisions” in Norway. For instance, the recent reform of the pension system was done with the consent of all major parties. This tradition is kept alive partly because all parties know that they might not be part of the government anymore in the next legislation period and might themselves be dependent on the next government or because parliamentarians simply think it is the right thing to do.

In a pluralistic society everyone is dependent on each other, whereas a system in which the power lies with a narrow elite is not as much dependent on trust. Absolutist elites will rather rely on oppression than on trust: “Trust is fine. Control is better” (Josef Stalin).That is why trust plays a major role only in pluralistic societies/democracies and not in absolutist/elitist systems.

A lack of civil rights will lead to a lack of confidence
Norway is famous for having a welfare state and providing a high level of social security. People from Norway do not have to spend money on health insurance because it is public and they must not fear hunger if they lose their jobs. This gives them the basic security they need to trust in the system they live in.

During our visit to Norway we also got to know about the Norwegian constitution from 1814 that was indeed very liberal at that time. It seems natural to us today that we live under rule of law and are being protected from attacks on our personal rights (both from the state and from others), but actually a significant amount of people around the globe cannot enjoy civil rights. Obviously a lack of civil rights will automatically lead to a lack of confidence, since neither participation nor security is guaranteed without civil rights.

To sum it up, trust is mostly dependent on several civil institutions; e.g., inclusive legislation/rule of law where everyone has their say (see minimum wage example), (social) security (see welfare state, property rights), a pluralistic society/democracy (see tradition of consensus), dialogue (see seating order in the parliament), and media monitoring of politics (see freedom of speech). These are the main institutions that are key to an inclusive, social, liberal, and democratic society. That is why political trust might serve as an indicator that validates this kind of society.

Cutting the state down to a minimum might destroy the basis of trust
The most important point, however, is that the concept of trust itself is not about common culture, but rather about a liberal and social state with an inclusive set of institutions. That is why I strongly disagree with those who say that trust is a question of common culture and common political opinions. In fact, my position is that it is helpful to have different political ideas and values because they create a dependency on each other just as long as the political ideas do not turn against the liberal and democratic concept itself.

The conservative approach to a high level of trust often is to reduce state-activity. The line of argumentation is rather simple: the more trust there is in the society the less legislation is needed and the more should politics “trust” people and give more responsibility to individuals. Still, this argument is misleading: Cutting the state down to a minimum will potentially destroy the basis of trust because it partly harms the set of institutions that is fundamental for the concept of trust. Most importantly it affects social security.

People who have to fear they are left behind are by far more likely to lose their faith in a fair society. Even worse, with their economic decline people will lose a big deal of political influence as well. Their right to have their say (and to be heard) is at stake then. In the long run this will strongly undermine the concept of trust. You can see that for instance in the USA where a large part of the society suffers from a lack of social security (such as health-care) and political participation. As a consequence this necessarily leads to a lack of trust.

Norway is not the only country that profits from a high level of trust. Other countries that have a set of liberal, social and democratic institutions do so too. It is this set of institutions that allows the concept of trust to flourish.

Article in New York Times about the attacks in Norway: http://www.nytimes.com/2011/07/23/world/europe/23oslo.html?pagewanted=all&_r=0