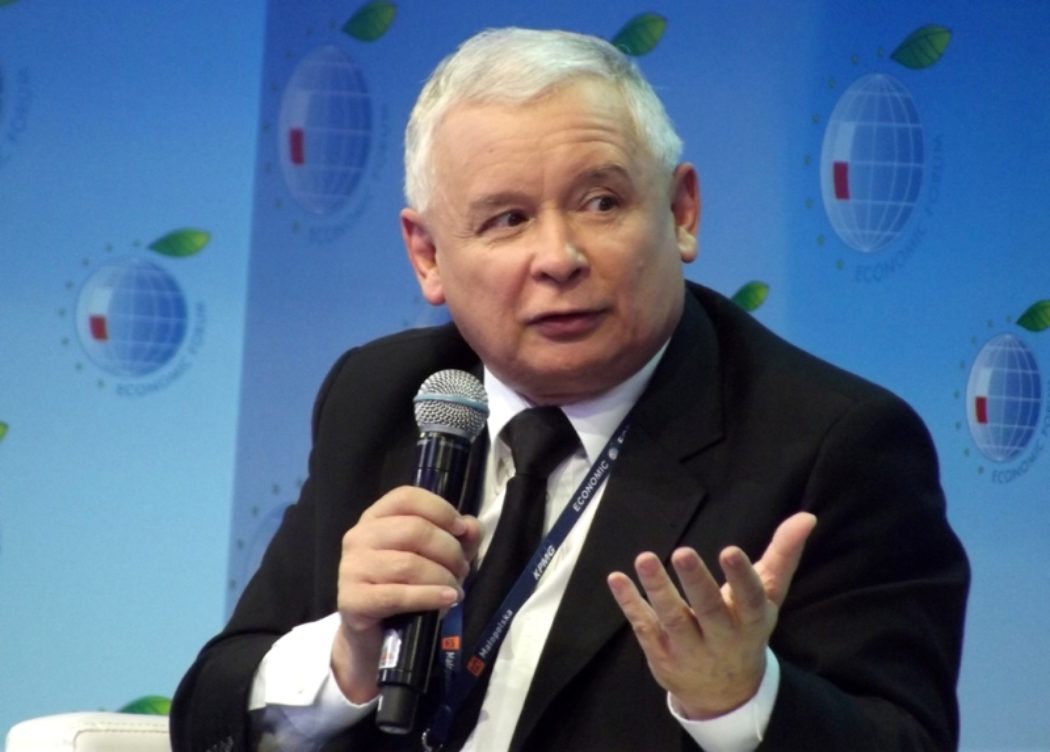 Poland continues the Europe-wide shift to the political right. While election campaigns and public debates focused on fears of outer threats, Oldrich Justa from Poland, is concerned with the homogeneity of the country. Find out why…

In mid-September I returned to Poland after almost a year in Germany. In the middle of the election campaign. In the middle of the European refugee crisis. Jean-Claude Juncker had just suggested that Poland, with its almost 40 million inhabitants, should take in about 12,000 refugees. The people were deeply disturbed. And I was deeply disturbed by these reactions from the people.

If as an outsider you opened a newspaper, turned on the television or the listened to the people in the street, you had the feeling that Poland was under serious threat. Soon the media ceased to describe the situation as a “refugee crisis”. There was talk of a “migrant wave flooding Europe”. In right-wing populist publications you could read of “Muslim hordes at Europe’s gates”, or the “Islamist storming of Europe”. An anti-refugee demonstration in Warsaw even recalled the Battle of Vienna, where King John III Sobieski defeated the Ottoman army in 1683.

In the social networks it is often even more extreme. The more harmless comments describe refugees as “cattle”. The father of a friend, a hunter, wrote on Facebook that he would be opening his safe, which contains his weapons, as soon as the refugees reached Poland. One of the most popular proposals under a post concerning the refugee issue was that “the refugees should be housed in the former concentration camp in Auschwitz.” These are extreme examples. However, what is now said quite officially by politicians in Poland on this subject is not much better.

A good climate for populism

Jarosław Kaczyński, leader of the right-wing populist party “Law and Justice”, makes use of the crisis for his own purposes. That, coupled with the problems of the ruling party “Civic Platform”, probably brought him the victory in the parliamentary elections on 25 October. Kaczyński does not shy from openly spreading prejudices, half-truths or even lies: A few weeks ago, during the refugee debate in Parliament, he spoke about what he considers to be the terrible situation in the countries that are taking in many refugees. For example, “Italy’s churches are being used as toilets,” and “in Sweden there are 54 districts where only sharia law prevails, and where the police cannot go”. Regarding the last assertion, the Swedish Embassy has issued an official statement to the effect that only Swedish law applies in Sweden.

But that is by no means all: At a recent meeting with voters, Kaczyński said that refugees would introduce dangerous diseases and parasites. According to a poll, his party won the election with 37,5 percent of the votes. This put “Civic Platform”, which has ruled for eight years, with 24 percent in second place and the new party of former rock star Paweł Kukiz with 8,8percent in third. It is not clear whether a party from the left-wing spectrum will be entering the new parliament.

What Kaczyński preaches from the rostrum can be observed in even more extreme forms on Facebook and on the street. Several anti-refugee demonstrations took place in Polish cities in September. The largest in Warsaw had 7,000 participants; only half as many people came to the counter-rally. On the Internet, fear and hatred reign. Even in my normally open-minded and Europe-oriented circle of friends, some feel threatened by the refugees.

Media coverage is truly frightening. There are reports of storms on Hungary’s borders, overcrowded train stations, clashes with police and breakouts from refugee camps. Politicians and all sorts of “experts” are cited, telling us that the refugees will bring the threat of terrorism with them, that they will exploit social welfare (which is not exactly generous in Poland), that mosques will be built and that society will change irrevocably.

It is particularly this change in society that is perceived as being necessarily negative. In fact, the average citizen usually has no idea who the refugees are. This is evident, for example, in the popular accusations against the new arrivals, namely that they have smart phones and sometimes wear designer clothes. Apparently, anyone who uses a branded mobile phone and wears Armani need not fear for his life.

How is it possible that in a country with nearly 40 million inhabitants, the arrival of a few thousand fugitives triggers such panic and hatred? On the one hand, it is a fact that in Poland, 97 percent of the citizens describe themselves as “Poles” (2011 census) and that more than 90 percent are Catholic. Compared to other European countries, Polish society is particularly homogeneous, and today the people have very little experience of dealing with minorities and foreign cultures.

On the other hand, we Poles are scattered all over the world. Even in my small village in Lower Silesia, where the majority of Polish residents arrived in 1945 as refugees, every family has someone who works and lives somewhere in Europe or elsewhere in the world. You might think that at least this would bring the Poles closer to other cultures.

Before 1945, the majority of Europe’s Jewish minority lived in Poland. Society was more diversified. According to the (controversial) 1920 census, around 70 percent of respondents saw themselves as Poles, 15 percent as Ukrainians, eight percent as Jews, four percent as Belarusians, and more than three percent as Germans. After the Second World War, this situation changed. Yet the Poles like to see themselves as the saviours and protectors of the persecuted and they like to emphasize how they helped the Jews during the Holocaust.

Today, any voices that also introduce grey tones into this black and white discourse about victims and perpetrators are severely criticized. The most recent example of this was the film “Ida”, which was awarded an Oscar in 2015. It tells the story of a Jew who is murdered by a Pole.

Recently, the renowned Polish writer Olga Tokarczuk said during an award ceremony that “Poland is creating its history as a tolerant, open country. A country that would never have done anything bad against its minorities. Yet we have done terrible things, as colonizers, as a national majority that oppressed minorities or murdered Jews”.

Since then Tokarczuk has received death threats. She is criticized in the media so strongly and subjected to so much hostility on the Internet that the public prosecution authority has had to intervene. Most Poles want to see their country as an open nation with a tolerant history. Those who destroy this picture are even threatened with death. Yet the majority of the population agrees with xenophobic views.

“Solidarity must not be enforced”

Europe’s pressure on Poland to take in more refugees has been criticized and discussed vigorously here. During the EU Summit on the refugee crisis, Poland’s Prime Minister Ewa Kopacz of the “Civic Platform” party wanted to vote together with the government heads of Hungary, the Czech Republic and Slovakia (Visegrád Group) against the quotas proposed by the EU Commission. After pressure from Berlin and Brussels, however, she agreed to take in a total of 7,000 refugees up to 2017.

This brought her party further losses in the polls on the one hand and on the other hand it led to increased criticism of EU policy. In right-wing circles, the decision of Kopacz was described as “betrayal”. A black picture with white lettering saying “Apology of the Polish nation for its betrayal” in all four languages of the Visegrád Group was instantly popular on the Internet

The positive image of Europe is currently suffering badly in Poland. A popular argument is and remains that “solidarity in Europe must not be enforced”. The media report with a good dose of schadenfreude on violence in German refugee camps. And the previously praised EU is openly criticized: Many Poles see the current crisis as a result of misguided European policies. The fact that there are so many refugees in Europe is also the EU’s fault, they say, because some of its members have opened their borders.

I am afraid, too. I am afraid that the people who are saying on the Internet now that they will welcome refugees in Poland with knives will make good on this threat tomorrow. I am afraid that the new Polish government will distance itself from Europe and seek to close ranks with countries like Hungary. I am afraid that the whole political debate will shift so far to the right that all the voices that are still raised against it now will ultimately fall silent. In the past, Poland has mostly been threatened from the outside. Now it is time to turn the watchful gaze inwards.

This article was originally published in German in Süddeutsche Zeitung on 24th October 2015 here. The article has been updated with the election results for the History Campus.

Oldrich Justa
Olda was born 1995 in Hamburg and raised in Poland, Oldrich is studying cultural anthropology in Berlin. He now loves to travel within and outside of Europe, always open to meet new people and try the local food.