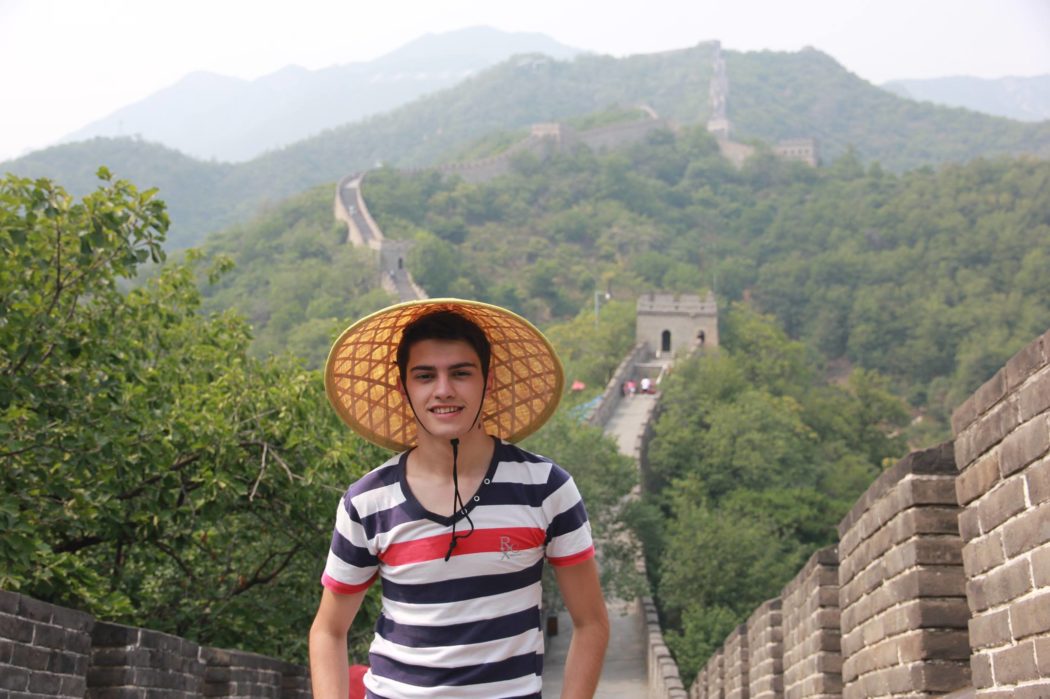 Our columnist Martin from Bulgaria is continuing his research of the Asian continent and culture. Check out his newest column inspired by his stay in China.

China has been in the focus of political and international relations studies for the last couple of years. Some theorists have predicted a great future for China as the new hegemonic power; others have been more skeptical, seeing Chinese economy as an enormous bubble ready to blow up. One thing is certain: China has aroused the interest of people from all over the world.

China has remained within my sight for quite a while too. As a student at Yale-NUS College in Singapore, I am required to take Chinese philosophy and literature, so I became familiar with ideas of Confucius, Mencius and Lu Xun. As a language-lover, Chinese language has always attracted me with its rich history and exotic script. As an aspiring Global Affairs major, China’s politics and role in the international relations sphere are one of my main research interests.

Fortunately, this summer I had the chance to learn Mandarin in Beijing for two months. Of course, I did not miss the chance to speak to the locals. The different people with diverse backgrounds and education presented me with interesting accounts for China’s politics and history. I was about to discover that China is more than what is presented in Western media.

The first one to talk to about Chinese politics was my roommate. He studies Political Science in one of Beijing’s biggest universities – Capital Normal University. On the second week of my arrival, he brought up the topic of the way his country is governed. For his studies, my roommate has read Thomas Hobbes and his idea of the Leviathan – the strong government, which rules with an iron fist over its subjects. He has not read John Stuart Mill and his ideas about the freedom of speech and individualism; he has heard of the concept of “communism,” but does not use it to describe China. My roommate openly confesses that he dislikes the way China is governed, because “there is no separation between legislative, executive and judiciary power.” Instead, in the strong authority of the government he sees a problem – there is no chance for development and progress if the rigid ideas prevail. His ideal society is Switzerland, because there is “direct democracy” there – people themselves choose the way society is structured. Interestingly, when we get to the topic of the United States (US), my roommate pictures it as a “potentially aggressive” country. The US perceives China as a revisionist power, as a threat to the status quo, and therefore, opposes its plans for development. Similarly, in his view, Japan has done a lot of harm to the Chinese population, and real friendship ties between the two states are impossible. 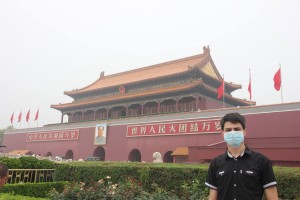 During one of the one-on-one language sessions with my Chinese teacher, we decided to discuss “China’s sensitive issues.” Similarly to my roommate, she draws a pretty negative picture of the government too. “Most of them are corrupt, and do not really care about the ordinary people’s lives.” As examples, she gives the ridiculously high housing and transport prices in Beijing, or the inability of the officials to deal with the air pollution problem. “Even the most fervent supporters of the government’s ideology have started to raise doubts about its success,” she says. When we finally reach the issue of Taiwan, our views are clearly diametrically opposed. My teacher is strongly convinced that Taiwan is a part of China. Her logic – Taiwan has historically always pertained to China until it was forcefully taken away from it. She has never visited Taiwan, nor can she without a special visa, which usually takes a while to be issued. However, my teacher admits that Taiwanese people are very different from Mainlanders – in their mores and views. To my remark about self-determination and the right to choose your own identity, she agrees that the people in Taiwan see themselves as a separate country and nation. “Nevertheless, Taiwan is a territory which belongs to China, and nothing can change that,” she affirms firmly. “I respect your view, because you have studied different history books from us. In history, there’s no right and wrong – everything is subjective with regards to the countries’ purposes. History is a strong political tool, as the government decides to promote certain ideas and to condemn to oblivion the others. History has divided and will continue to divide a lot of people. In China, we have Taiwan. It is terrible to see us divided, but that’s the reality.” 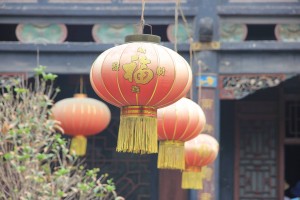 The conversations with my roommate and my teacher leave plenty of questions hanging in my mind. Despite being openly against the Chinese government’s ideology, when it comes to sensitive topics both of my interlocutors express similar views to what has been propagated by that same government. They reject the official propaganda, and yet still use its rhetoric. After all, is my teacher right to say that history is just a game in the hands of politicians? The views of my Chinese friends are undeniably shaped by the history books they read, but are they determined completely by it? Is it due to the lack of information in the country then? These questions come in the moment, when I finish reading John Stuart Mill’s “On Liberty.” In it, he argues that there are, in fact, “right” and “wrong” ideas and opinions – even the ones pertaining to moral, historical or political issues. History and the development of humanity make the final judgment, as the right ones eventually prevail. Slavery was obviously a wrong opinion, and women’s right to vote is definitely a right view. An important thing to note: only in an open discussion, without suppressing any opinion is the truth able to emerge. Perhaps this is precisely what we need in China’s case. The Chinese government will continue pushing its ideological truths, while the Western media will never manage to emancipate itself from bias and sensationalism. For us, it is important to keep on asking, digging up issues and facts, balancing and wisely choosing what to believe. Perhaps we will never achieve an objective history or a “right answer,” but at least we will be one step closer.

Martin Vasev
Martin is originally from Bulgaria. He is currently in his second year as a student of Yale-NUS College in Singapore. He plans to pursue a major in Philosophy, Politics and Economics, which he thinks is the field that best combines his interests. Without a doubt, his passion is learning new languages, so while working on his Chinese, he is secretly planning to take up Arabic or Hindi one day.