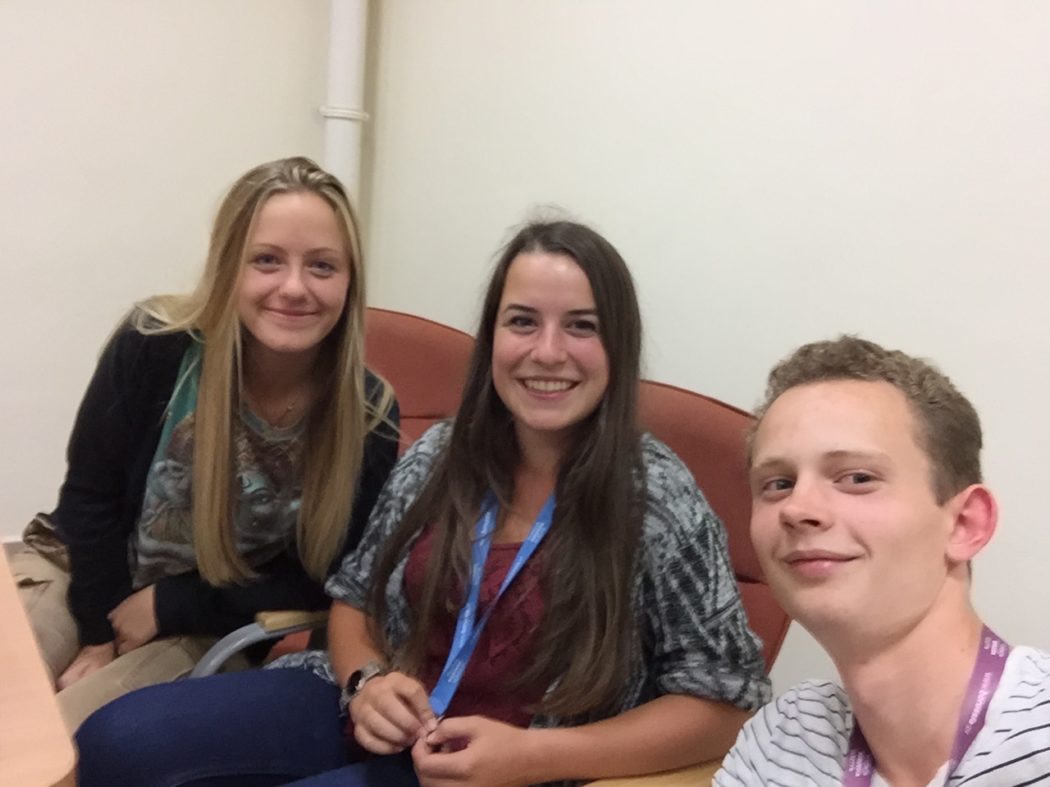 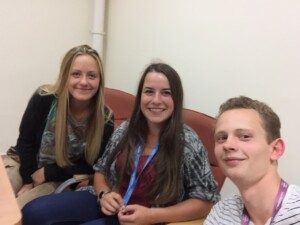 Find out more about different concepts of Homeland and Regional Identities 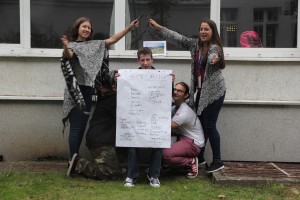 Barely having fallen asleep, we got up for a new exciting day. ‘Getting up” being a completely different thing than “waking up”, we had a very emotional “rock, paper, scissors” tournament in order to recapture our energy. We would need it later.

Today was the second day and things were about to get serious. Time to share with the other participants what we had prepared. Our little ‘homework assignment’ consisted of describing what the term ”Homeland” meant to us. Of course we had to dig a little deeper than just the definition. Google could tell us that. We brought pictures and our own unique opinion. We were divided into smaller groups to discuss our different views on the topic. It was very interesting, since I expected that we would have more or less the same ideas.

But where Homeland meant the safety and comfort of a familiar place, it meant eating an apple from the big apple tree for someone else. Secondly we were asked to form a statue that could represent Homeland with our bodies. We thought it would be very original to form a house. We were wrong. For the walls and the roof we needed two people, so in our group there were three people left. Naturally, that resulted in them formed a chair, just because we could. Later we saw that almost everybody had the same ‘very original’ idea of forming a house. It turns out that even if we don’t share the same ideas about Homeland, we definitely think that a real home is a part of it. Nina (Belgium) 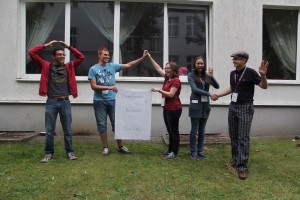 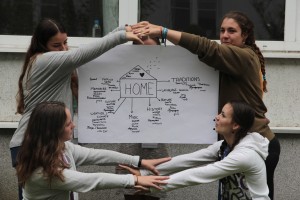 Today it was Rafal Zytyniec who came to talk about the region of Olsztyn. He first talked about the personal identity and the collective identity and asked us what we are thinking about it. We noticed that the regional identity is really important in our collective identity but there are also a lot of differences between the countries. For example in Germany the meaning of “Heimat” can be different. There is a strong regional identity in many countries! Why? First of all because of the historical aspects and also because of the language and the of course the dialects! Rafal Zytyniec explained to us that Poland doesn’t have a real regional identity but much a “national identity”. This region of Warmia and Masuria, also called “Land of thousand lakes” seems to be very interesting to visit and we all are very excited to explore it tomorrow! Heidi (France) 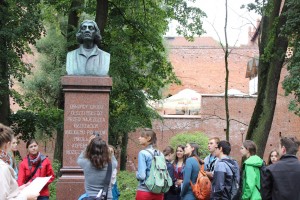 In the afternoon, we walked to the center of Olsztyn, where we formed four groups. Each of it had a 75-minute guided tour through the city´s center. During these tours, we discovered many artefacts from its chequered past. We started at the “Place of the Polish consulate”. There we – wait! A Polish consulate in Poland? Indeed there was one when Olsztyn belonged to Eastern Prussia. The Polish having been an ethnic minority back then, the place is now a popular meeting-point of the Roma minority living in Olsztyn. We also observed modernity entering the city looking at the facade of the “New Town hall”, which has been constructed in 1913: A relievo showing the four elements features a Zeppelin representing air.

Reaching the old center we were told by which authorities Olsztyn was governed, and how the succession of governments affected everyday life. For example: During the rule of the Masurian chapter, any religion or confession other than Roman Catholicism was oppressed. This changed in 1772, when Poland was partitioned and Olsztyn became Prussian territory. Prussia being more liberal than the Masurian chapter concerning religion, the first Protestant church could be built. After this introduction, we continued exploring Olsztyn in our working groups, photographing and filming what seemed important to us and interviewing people in order to dive deeper into the regional identity of Warmia-Masuria. Antonius (Germany) 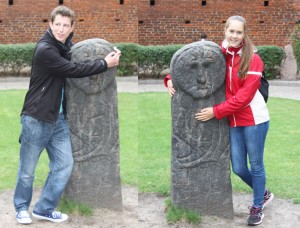 After the tour, we were released into the big wild city that’s called Olsztyn. I’m a part of the photography group so I tried to discover the city through my lens. My first impressions were what the city was rather grey, it didn’t seem very bright. After 30 minutes I discovered that my lens wasn’t clean. So a my second attempt to really see the city this time through a lens that wasn’t dirty, I saw a beautiful city with colorful houses, friendly people and of course, special ice-cream. One a my favorites spots was the local church. There was this great atmosphere and I managed to take a picture that isn’t horrible, what is big enough to immediately love the place. Nina (Belgium)