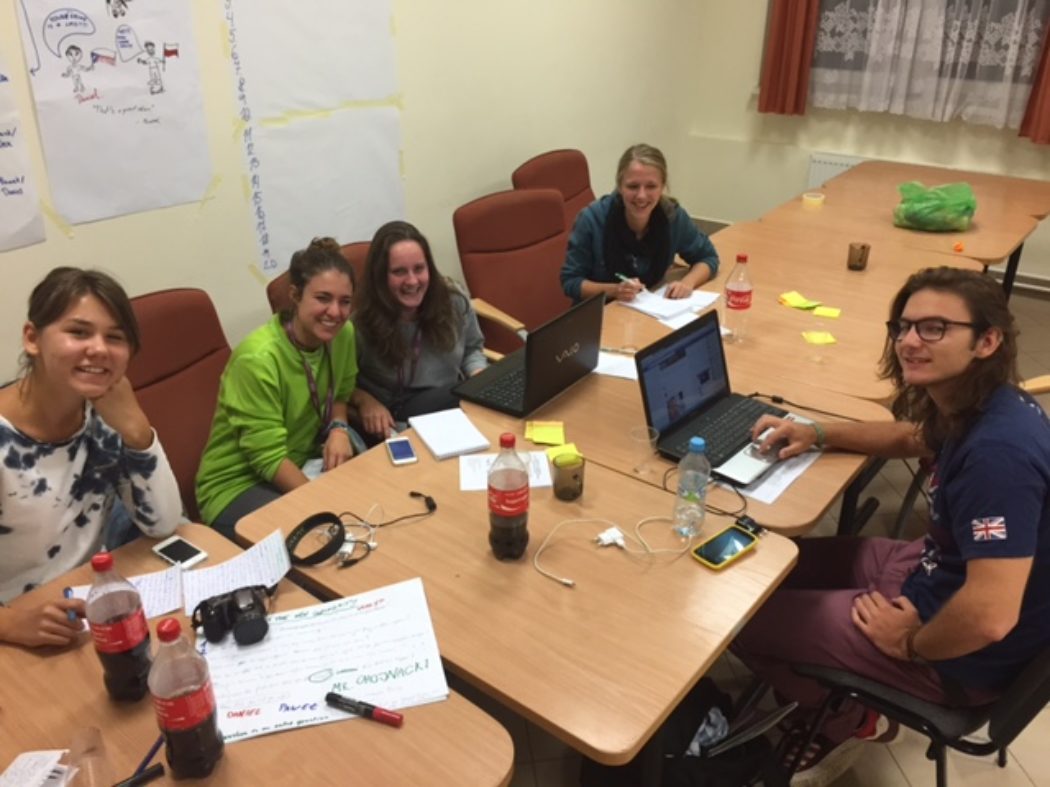 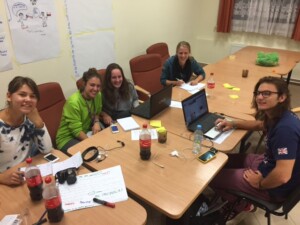 Find out about forgotten villages and cemeteries, traces of history in architecture and different biographies of the inhabitants in Warmia-Marzury.

Four days are already gone and the group is becoming closer and stronger. Everyone is talking to each other and started to use the actual names of the people they talked to instead of just the countries they are from. Usually they do everything together: eating, sleeping, thinking, working, sitting in the Wifi-Lane.  Only today they needed to split, since four different trips were arranged in order to experience the different corners of Warmia-Masuria better, from Baltic Sea to the Lakes, 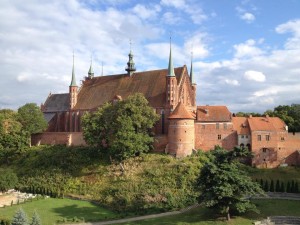 Some of us, the video and the photography group, went to the countryside. We saw some old churches and the traces of a long-gone fortress wall. Several villages that we visited have cathedrals, but there are protestant and orthodox churches. A traditional Polish house was exhibited with a brilliant antique setting of kitchen utensils, works of art and books. As the people of Masuria are with mixed heritage, there are many Germans that come back to find out more about the land of their ancestors. For this purpose, certain people along with Borussia Foundation restored an old house and turned it into a repository of books, paintings, photographs and memories in general. The landscape of the place is specific and unusually enough there exist an area that was abandoned in 1945, so the whole place was picked up by people, even the walls of the buildings. Many years nobody knew about the place. Thus, Borussia foundation and some volunteers searched for remainings and they uncovered a cemetery with rectangular graves and tombstones in German. All of this just concretes the concept of cultural and historical diversity of the region. Nedislav (Bulgaria) 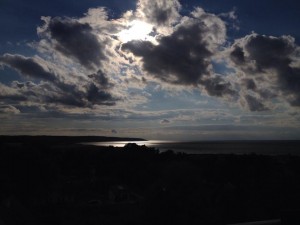 This day of our History Camp was full of field trips and interviews. At first, our group visited Morag, where we looked over the Catholic church of Saint Peter and Saint Paul and also the old castle. Then we had a little stop on Jewish cemetery and we continued with exploring the region. We had a little break in the palace area in Kwitajny, we visited museum with very exciting historical exposition and also cities Elblag and Kadyny. Before our last stage, we went to the beach and enjoy a few minutes here. At the end of our field trip, we visited Flombork, where we could see 700-years-old cathedral, we got on top of the water tower with amazing view and at the end, we went close to the harbour and watched colourful sunset. Caroline (Slovakia)

Field trips for the interview group(s)… 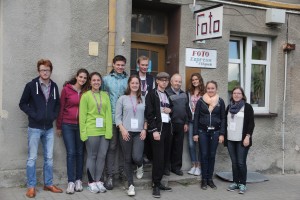 With Mr. Chojnacki in front of his house and photo studio

As part of the interview-group we had the privilege to eat breakfast a little later than the other groups (a true privilege when you’ve slept like 5-6 hours…). After breakfast the other groups went away, but sadly we had to stay and prepare questions for our two interviews (it was actually pretty fun). We were divided in to two groups and our group had to interview Mr. Chojnacki, whereas the other group had to interview a woman. That meant that after lunch the two interview-groups split up and we drove an hour to the charming village of Jezioran in the region of Warmia. We had the interview in Marcelina´s gallery and Mr. Chojnacki turned out to be the cutes, most hug-able man ever! He was 85 years old and had the most amazing stories to tell: He experienced EVERYTHING! The beginning of World War II in Poland (he grew up literally 20 m. from the German/Polish border), the end of the war, moving to Warmia, the Communist system and now an independent Poland. Afterwards we walked around the little town and saw a reward-ceremony for firemen where the whole town was gathering (around 30 people… ;-)) We drove home after a looong, but interesting day and finished with a dinner (a really good one) and a little summary all together – including a birthday-song and cake(!!!) for Agnieszka. Bodil (Denmark) and Bárbara (Spain) 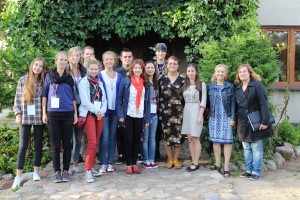 With Mrs. Klobuszanska in front of her house

While we were going by bus to Rutkowo, Mazuria to Mrs. Kloboszanska`s house, we once more discussed the questions we had been preparing all the morning. Nobody of us knew what kind of answers we would get, I started to be a little bit nervous. But the invitation we get from Mrs. Kloboszanska was so warm and nice and so was the whole afternoon spent with her.
In our more than 2 hours long interview she told us about her big family, her happy childhood and her active present. There were some sad moments while talking about the hard days in communism. There were some funny moments while talking about her red-haired husband. And the moving moment also came while she sang us a song about homeland. We all felt that we had just met a very kind, optimistic and energetic lady, who is always prepared to help the others. “My house is open to you every time, even in the night,“ Mrs. Kloboszanska said.
After all we took a recipe of the delicious little cakes she had baked for us and moved to the railway to see the drezina, she mentioned. Mrs. Kloboszanska let us get on. It was so funny to ride this machine and I was so amazed when I saw this 70 year-old lady running and pushing the drezina on the railway.
It was very inspiring afternoon, many interesting thoughts were said. I would mention just one of them: Do everything you can to there is no more war. Johana (Czech Republic)