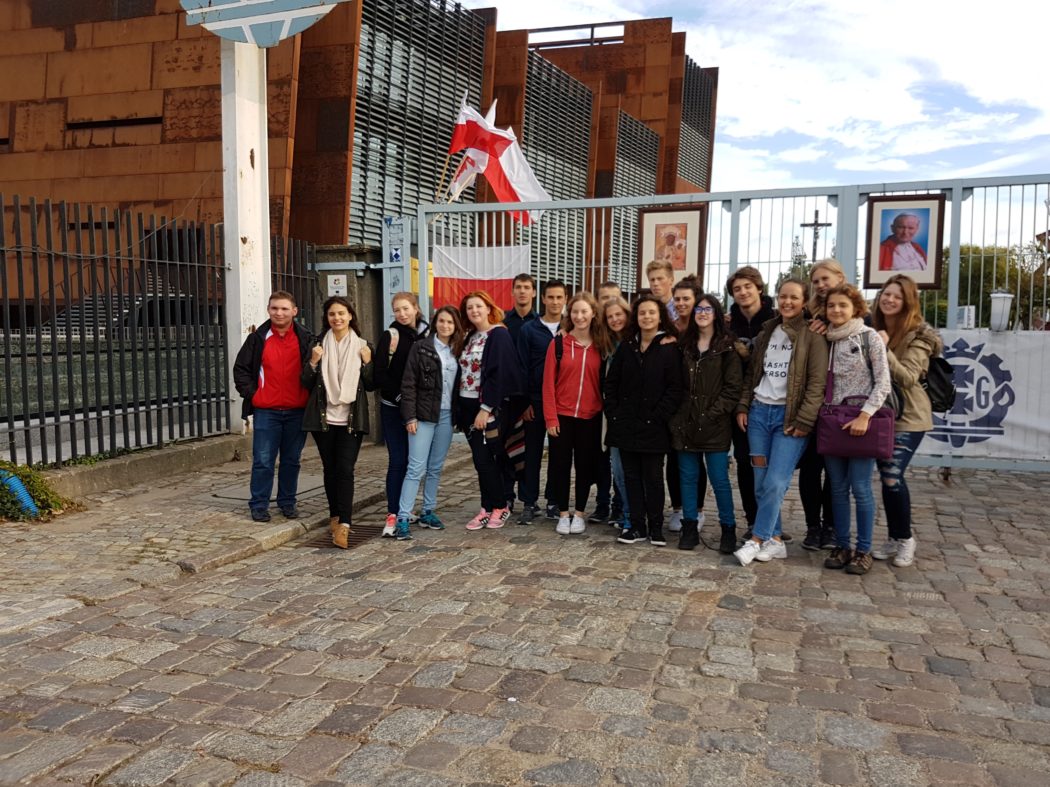 History Campers’ backpacking or rather suitcase-dragging tour from Budapest, through Prague and up (literally) to Gdansk came to an end. Read what they did on their last day, how they re-energized and how they finished the History Camp.

So there it came, the very last day of the »Backpacking Višegrad« History Camp. It was Friday that was promising a lot of work with finishing the last tasks and turning them into the future History Campus posts, but also a lot of fun, pleasant moments spent together with the fellow history campers and sadly also showing prospects of goodbye tears.

However, let us start with the earliest part of Friday. Morning started with the last breakfast in the full history campers’ assembly. The overheard conversations were filled with reflections upon the Clinton-Trump debate, questions about the departure times, plans for the rest of the day and exchanges of impressions about the past days. 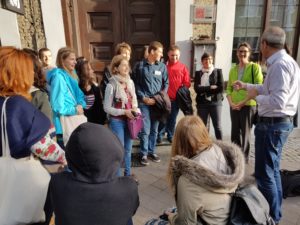 After breakfast our history campers were once more ready to seize the day. On their way to the ECS they first said goodbye to our Körber Foundation visitors, Katja Fausser and Sven Tetzlaff.

Short walk to the ECS was later concluded with a group photo in front of the famous gate of the Gdansk shipyard, followed by an essential energizer for a super-productive start of the day. 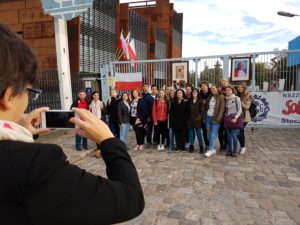 A must: photo of the history campers in front of the famous Gdansk shipyard gate (Source: Eustory).

To get the blood and ideas flowing, our participants tried to learn counting in Welsh, Ukrainian and Slovenian, accompanied with carefully selected dance/seizure-like moves. 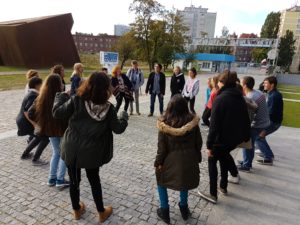 How counting in Welsh in history campers’ way looks like (Source: Eustory).

The day continued with writing articles based on the interviews with the journalists, an editor and a political analyst from the day before. The working room and hallway were full of very concentrated looks focused on notebooks, computer and tablet screens, typing sounds, fruitful debates, useful and instructive discussions with our journalist-consultant Clemens as well as some frustration over the workflow, as expressed with Vida’s worried and wondering question to Ema »Why are you pressing pause, when I did not hear anything?« (leaving Ema without an answer, just with a similarly wondering look). Luckily, the frustration was just a quickly-passing-by one. 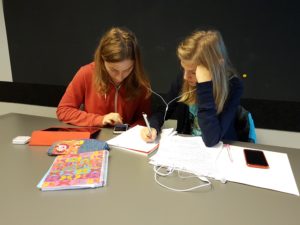 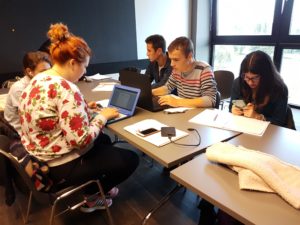 Concentration on its peak (Source: Eustory). 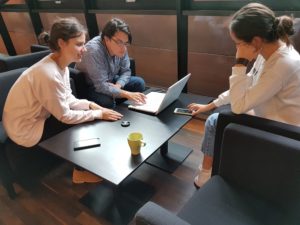 The afternoon was dedicated to finalising the tasks from the first two cities on our history campers’ map: Budapest and Prague. When the evening came and all the hard work was finally done, young journalists more than deserved the presentation of the results of their work and effort. Thus, with presentation of videos, photo-sliders, GIFs and texts, the working and learning part of the History Camp was over. 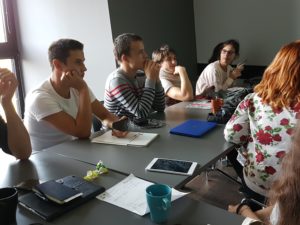 Having a look at the results of the backpacking tour (Source: Eustory).

What followed was a dynamic feedback on the »Backpacking Višegrad« History Camp, which is going to be analysed and taken into consideration by the organising team. 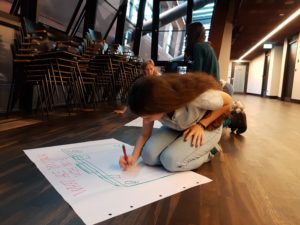 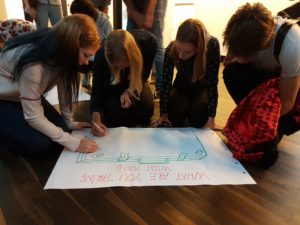 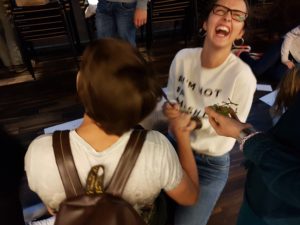 Dynamic feedback round with history campers proved to be a lot of fun (Source: Eustory).

Shortly before dinner, the participants got the instructions for the departure day to come and were presented with the timetable of transfers to the Gdansk airport, which caused the usually happy looks turning into very sad, and even some tearful ones.

The farewell dinner, of course now already traditionally with the green dragon, finished with the last video, during which participants reflected upon the just ending History Campus and shared their impressions as well as its most memorable moments.