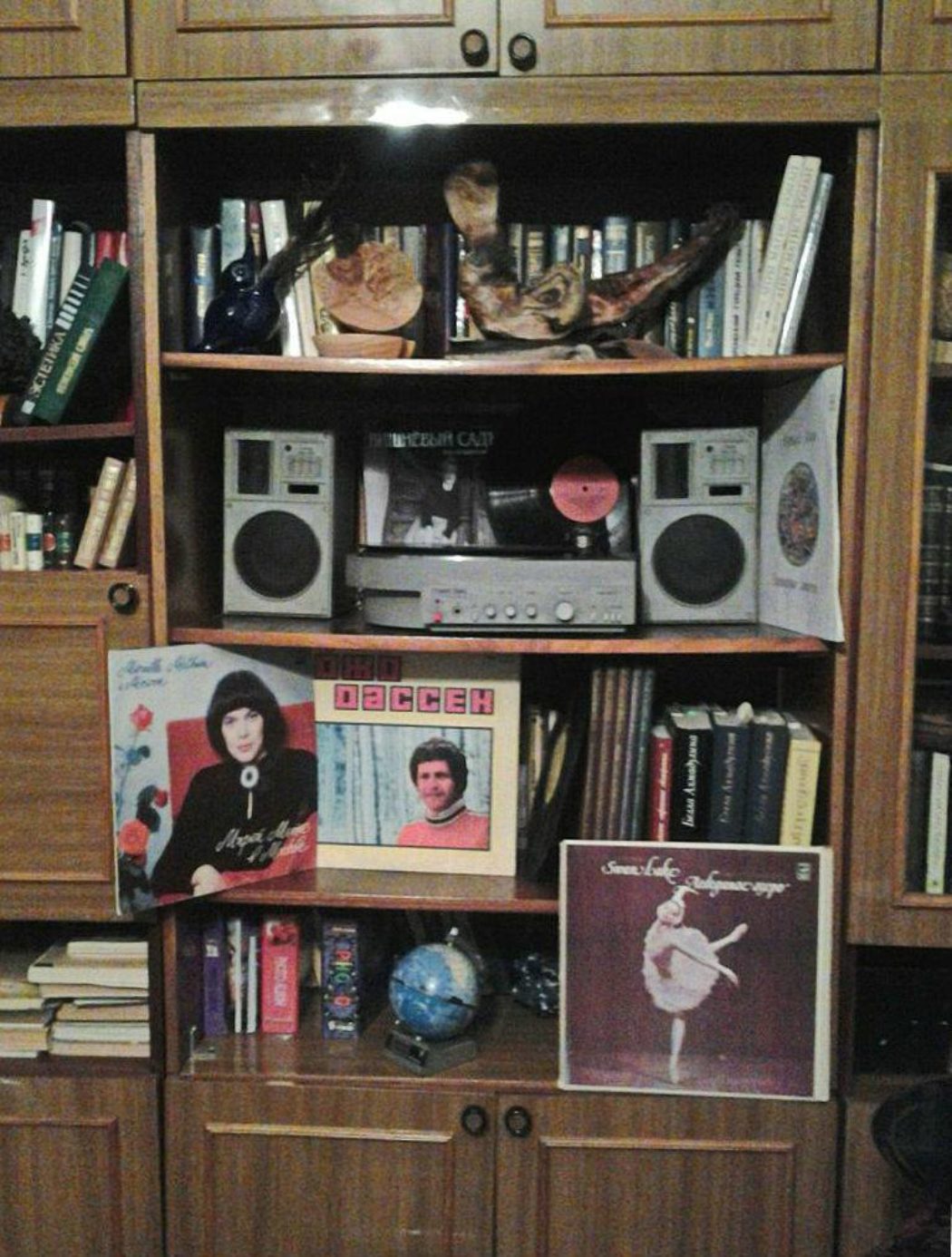 Grandma’s old record player and a collection of vinyl records, encompassing variety of genres, from poems, operas to pop songs, gave sound to Elena’s early childhood in Russia. And how does a memory of your childhood sound like?

Once I accidentally clicked on the drive button on my laptop. There was a click, the drive opened, and I thought with irritation: “How useless this device has become in our time.” Indeed, progress does not stand still. We have stopped using CD-ROMs, and flash cards are fading into the past. Still, one of the most ancient sound devices, namely a record player and a collection of old vinyl records, represents one of the most important things to me. 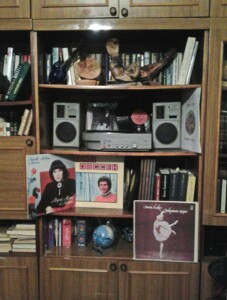 These items have been “living” in my grandmother’s house as long as I can remember. To tell the truth, it was a rather big record collection, occupying the entire two drawers in the closet. There was everything – from fairy tales, poems, operas, and romances up to pop songs.

As a child I used to come here, and my aunt turned on the different fairytales for me. I remember I could spend hours listening to “The Adventures of Chipollino”, “The Princess on the Pea”, “Goldfish”, but most of all I liked “Cheburashka” – a tale about a funny, absurd animal and its friend Gena Crocodile.

I got a bit older, but every weekend I still visited my grandmother and the old gramophone began to sound again. At that time I stopped being interested exclusively into fairytales. I listened to everything I could find on grandma’s shelves. It was music of Fausto Papetti, Paul Mauriat, Ennio Morricone and Joe Dassin’s, Mireille Mathieu’s, and Toto Cutugno’s songs. Together with my friend, we sought out new songs and then invented dance numbers. Now I am beginning to understand that this music from my childhood shaped my musical taste.

Learning history and culture through music

In addition, the songs on the old records helped me understand the history of their country of origin and their people. I remember my favorite song by Bulat Okudzhava “Pol, take your overcoat, let’s go home.” Its simple and precise lines penetrate into the soul:

Mom has been waiting for four years,

I also enjoyed and was touched by songs by Veronica Dolina, which talked about people’s fates of the later wave of immigrants from the Soviet Union, departing from the Moscow airport Sheremetyevo.

From pole to pole.

Aim in his Ithaca,

Though not on the stage.

As I got older it became clear that these songs have a very deep meaning. They stopped being just an entertainment and transformed into the food for the mind, the reason to reflect upon people’s, social and political problems.

Now, my warmest and dearest memories are associated with these items. Actually, to me, these are not just things, since they represent my childhood, in which the long winter evenings meant sitting together with my aunt in big comfortable chairs, listening to our favorite tunes and lyrics, which filled our souls with beauty and happiness.

Many years have passed by now. I’m on my first year at university, but the old player and the records are still waiting for me at home…

Elena Kroitor
Elena (Alyona for friends) was born in 1998,in Russia. She is a student of Kazan Federal University on a specialty "Museology and protection of cultural and natural heritage. " It's funny, because I was born on the day of the birth of UNESCO. I like art and want to become an art critic. Most of all I regret that I can’t sing, dance and draw, but I hope to change that."