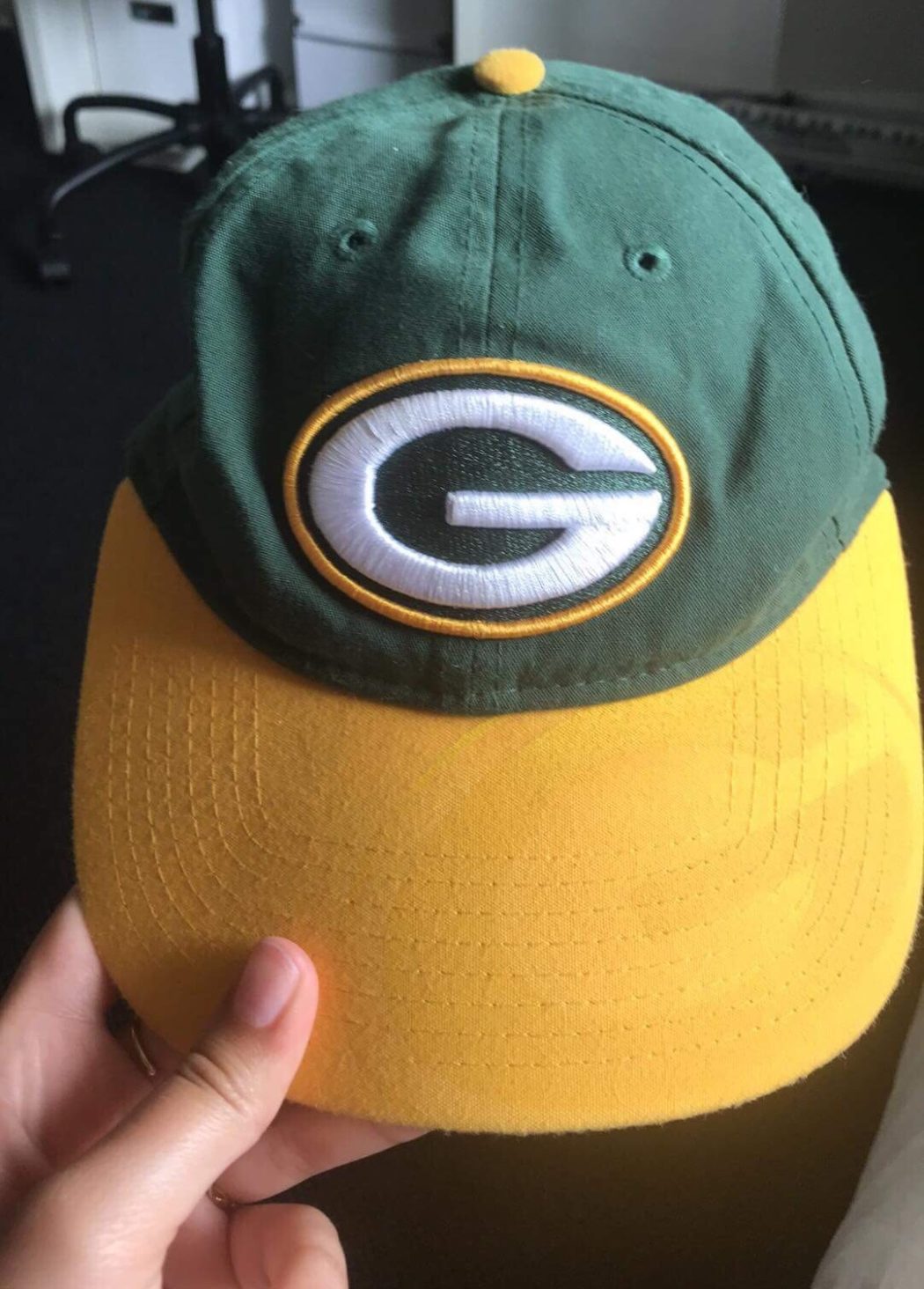 Let’s play a quick game: Imagine your house is on fire and you can only save a single item, the one you care about the most. What would you pick? Furniture, clothes or a TV can be replaced easily, but an item carrying a particular memory cannot. Our author Jonas pondered this question, read here, which item he would save from destruction and why.

If I were to make this choice and save a single item from fire, I would choose something at first sight quite humble: my green and yellow cap with a big G on it, the logo of an American football team, the Green Bay Packers. The reason this means so much to me is not because I am a big fan of the team. The reason is that I got the cap when I was in the USA. It was my first and so far, only trip to the USA. I lived with an American family, getting to know the everyday life over there.  Not only was this a unique insight into the life of some real Americans, instead of all the TV-series I often watch.They did not only hang out at the local bar or coffee place like in Friends or How I Met Your Mother. Instead they lived an ordinary suburban life, quite a lot like most people in my hometown in Denmark. It was also an encounter with some of the most amazing people I have ever met.

My host-family lives close to Milwaukee, which is typical Greenbay Packers land, and the father of the family is a big fan of the team. He offered to take me to a match against the New York Giants played in the Lambeau Field the home stadium of the Greenbay Packers. Usually I am not into sports of any kind, especially not a sport so unimportant to most Danes. But seeing how much this meant to the fans of both teams was quite an eye-opener to me. When the sportsmen came parading into the stadium, the marching band played and the crowd cheered. Fireworks were fired when the first touchdown was scored by the Greenbay Packers to the great delight of the many Packers fans. I felt the atmosphere and although I had not heard about the Packers until I arrived in the US less than a week before, I was happy that they scored and felt like a long-time dedicated fan.

In addition to this spirit of the football sport, the political situation at the time was also an eye-opener. My stay in the states was in October 2016, meaning less than two months before the presidential election between Hillary Clinton and Donald Trump. The campaign leading up to this election was notoriously known for being polarising and heated. Watching the final weeks before the election from a real American living room sitting side by side with American citizens, gave me a sense of the effects of the choice between “two of the most unpopular people in the USA” as I recall my host called them.

A cap is an amazing piece of clothing, it looks great and it is easy to just put it on. Before I went to the USA the caps I wore changed often, but as soon as I used my new cap for the first time in Denmark and the memories from the trip came rushing in, I knew I had an all-time favourite, an item I would save in case of a fire.

Jonas
was born in 1998. He currently lives in Gråsten in southern Denmark but plans to move to Odense to study after the summer. Right now he is taking a gap year to work at a local electronics factory and to travel. He is quite easily impressed and excited with new things.