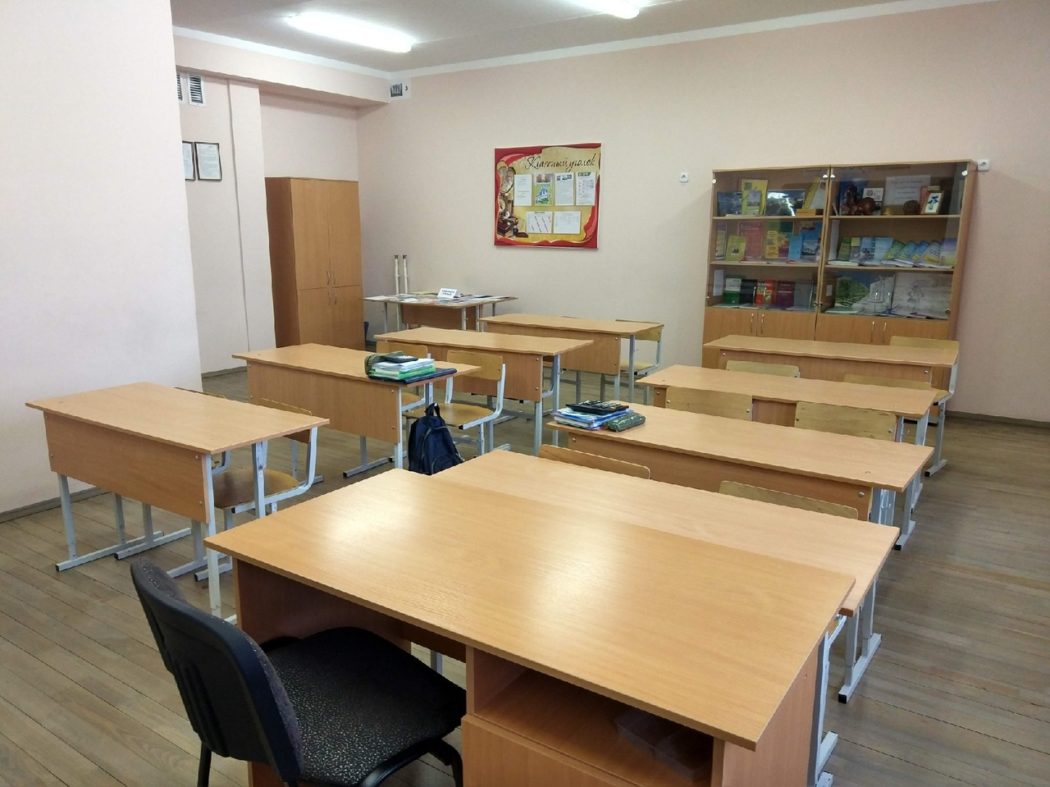 The last one turns the lights off. Brain drain, the exodus of the young affects many countries all over Europe: Economic reasons and future perspectives are the main reasons for this widespread phenomenon of emigration. Our 18-year old author Nadzeika sees former classmates and parts of her family leaving Belarus in quest of a better future. She asks them about their reasons for and the consequences of this exodus. 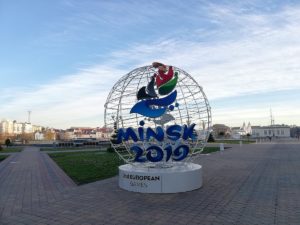 Belarus recently got more attention in the European public than normal, due to the European Games, an international multisport event in the Olympic tradition that took place in Minsk in June 2019. Lots of foreigners stayed in our capital for several days. The streets and public places were crowded with athletes, sports delegations, fans. Many Belarusians wanted to escape the country to avoid the hustle and bustle of those days. But have you ever thought about whether they wish to leave Belarus permanently?

A year ago, my classmates and I finished high school. For all of us this was a time to make vital decisions concerning our futures.

Many of my peers were talking about studying in other countries in order to stay there later. But I did not give meaning to it until I learned, that my classmates who had previously only dreamt about leaving Belarus now actually went to universities abroad. I became interested in the question: how many of my generation (can) see their future living outside of Belarus?

I turned to the statistic data collected by the National Population Committee of the Council of Ministers. The numbers are clear: Today almost only every fifth resident of Belarus is between 14 and 31 years old, whereas three years ago, every fourth belonged to this group of young people. Emigration has the greatest effect on these declining numbers. The birth rate also decreased by 21% compared to 2015:

But why do they leave? I asked some of my friends who decided to seek their fortune abroad and translated their answers.

My friend Anastasia said: “Belarusian education has so many drawbacks. First, it is not necessary to have a fixed set of subjects whatever profession you are going to get. Second, students at schools are not motivated in any way. And this has its reasons. After all, teachers who make an effort to be innovative and creative in their teaching methods are rarely encouraged by salary increases. This demotivates them to some extent. Moreover, due to low salaries of the teachers, intelligent and capable people do not want to enter this profession at all. This can create a decrease in quality teachers in the future in Belarus. At the end of school my father asked me if I would prefer to be educated in Poland rather than in Belarus. It was not a question for me: Yes, of course”.

No politicians needed in an autocracy

I agree with them: Belarusian education is in great need of changes. Recently, I got aware that not only the young generation is leaving, but middle-aged generations (from 31 to 50) do so, too. What are they looking for?

I asked my aunt Ali who emigrated to Berlin about five years ago. She told me:

“You know, sometimes when you feel uncomfortable in the place where you are, it is not necessary to stay any more…”

­­– What do you mean by “feeling uncomfortable”, aunty?

“Much is said about the notorious Belarusian friendliness, hospitality and openness. Maybe it is true, but it exists parallel to our reality. What is indeed common are rudeness, tactlessness and general alcoholism. Groups with young children, in which adults drink alcohol, talking loudly and yelling at their kids – this is something that my family will never be able to get used to. Such behavior is becoming more and more common in modern Belarusian society. I have the impression that it is rare to find a friendly person in the service industry.”

– What about Belarus as a “country for life” as our president says?

“Life? In addition to everything, it is not only about wages, but rather the ratio of prices in the country with wages. The prices of food, clothes and other goods are approximately the same as in neighboring European countries such as Poland or Lithuania, but the wages are five times less compared to Poland. For instance, the average salary of a teacher in Belarus is $200-300 per month. Doctors enjoy the highest salary with about $500. It is impossible to live without thinking about the prices when you come to the store and realize that to buy one product you need to give up the other.

In other words, the Belarusian ‘climate’ is not favorable for living. We live in Berlin for more than five years now and I do not regret the choice we made. Of course, it was hard to leave your grandparents, because now we cannot see them so often; a different language, a different environment… but in our case, it is only a plus. We have already got used to, got accustomed to, now we plan to move our parents here.” 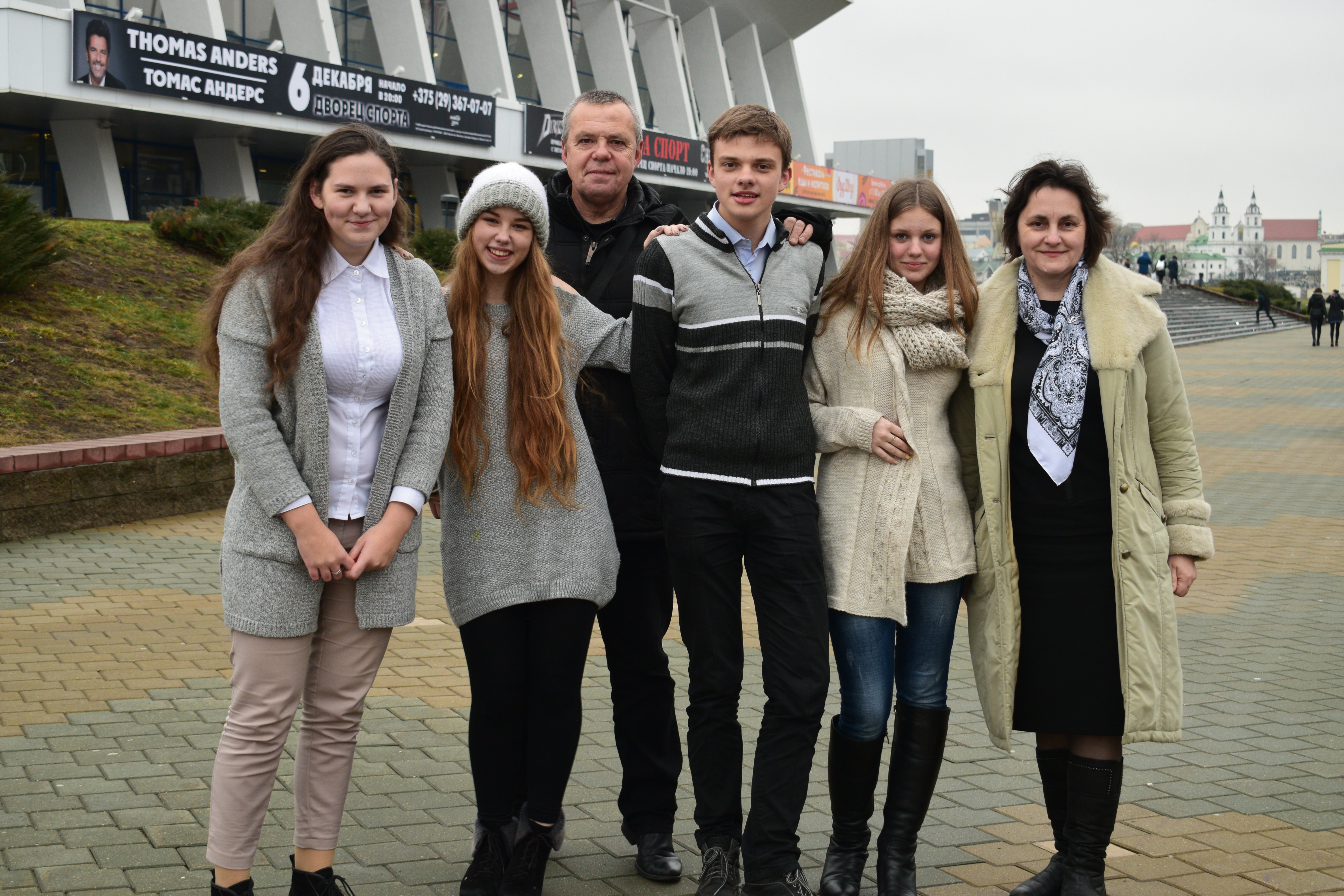 Family in Minsk – how will the future look like? (Photo: Private)

The last one turns the lights off: Can there be a future in Belarus?

These are the voices of only a few people that I know who left Belarus. After all, how many do think and will act alike? Changes in education, an increase of wages and freedom of speech are vital for the modern Belarusian society. I often think about what will happen to our country in a few years, when most of the educated, cultural, talented population of the country will have left their homeland in search of a better place. If our authorities do not change their policy, the people of Belarus will continue to leave their country. This exodus already leads and will further lead to huge economic and cultural losses. First of all, the country cannot keep up with the time, if it is constantly leaving the active people who are able to develop the cultural and economic part of the state.

Despite the situation in which our country is, not everyone says clearly “It’s time to leave.” My friend Diana wants to stay and said:

“Since I do not want and am not going to leave my home country, I can certainly say that the migration of Belarusian youth does not affect me in any way.  It’s a personal choice where to turn one’s dreams into reality or to seek a better life. But I will be glad if, after a time, they will return to go to Euroopt (our most popular product shop) and celebrate Midsummer in our home land.”

Where I was born, I am most useful?

Thanks to those people, our country will not die, even if its population might be halved. I believe that young people like my friend Diana can make changes in our motherland. It is just the question of time.

Personally, I have always adhered to the Belarusian proverb “where I was born, I am most useful.” (Дзе радзіўся там і прыгадзіўся) The older I get, the more I learn about how our state works, the more I actually doubt whether I would give up the opportunity to live outside Belarus.

Nothing stands still. For the changes to begin, the first step must be taken. Who will make it if not we, the young generation?

Nadzeya
Nadzeya is 18-year-old catholic girl from Minsk, Belarus. She cannot imagine life without hiking and pilgrimages, furthermore she enjoys learning languages, reading classics and (again!) walking on foot. She is very pleased to be called "Nadzeika".