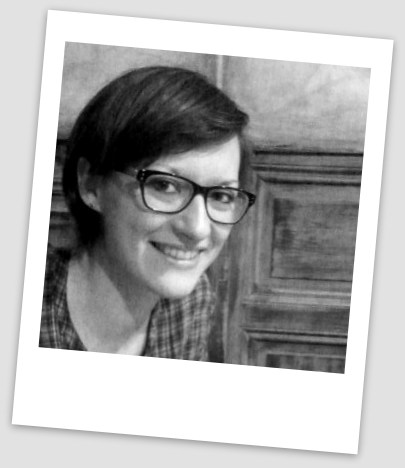 As most of the Eustory alumni, Tamara loves traveling and knowing different cultures and now she is living one of her dreams moving to Prague for one semester (Erasmus exchange). Actually, as she says, “One of the reasons that encouraged me to aim at studying abroad was Eustory and the experience of the different academies. It showed me that living and working in a foreign environment prevents you from becoming ‘lazy’ and ‘settled’ in the very well-known and cozy domestic environment – it challenges you in a very positive manner. 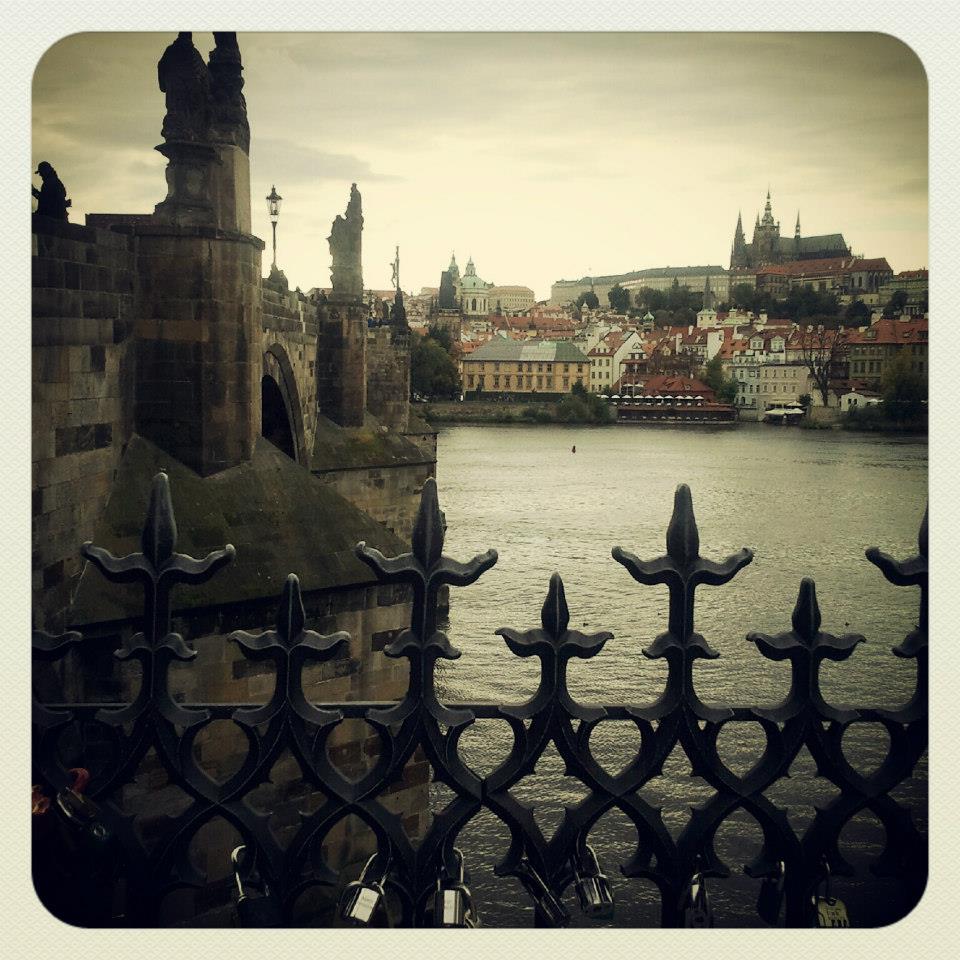 It makes you work and think harder, it ‘forces’ you to put a bit more effort in what you do and in return you get experience and knowledge, which you could never get in the domestic environment”. And because of Eustory, Tamara had some friends in Prague, before even going there.

I asked Tamara in what other ways Eustory and participating in the national history competition has influenced her life: “The most important experience was definitely the way of work – research. Spending some time in the archives, conducting interviews with time-witnesses … But overall the best came later with the prize (Berlin academy in 2009) – since the academy introduced to me a whole new world. The experience taught me that there are no (state or cultural) boundaries for good cooperation and team work and that there is always far more to discover in history than the mere facts we get from books”. For her Eustory is a new way to study history and to explain people that all the Europeans aren’t so different. She explained to me that from her point of view, even if  evident that we have different cultures and languages, we share the way of thinking or living, and you can see and feel this best when you are in a non-European country. Working in the European context for some years now, Tamara is very well aware of the crisis that Europe is dealing with at the moment. 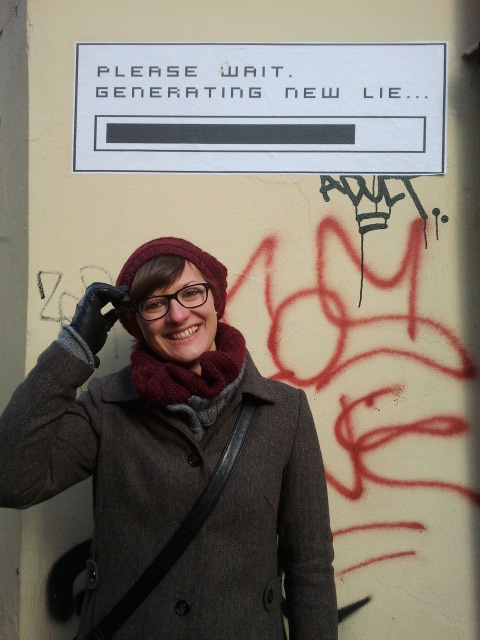 According to Tamara, the main problems in Europe right now are lack of unity and lack of common direction in which our continent is supposed to develop: “I have a feeling that certain borders and boundaries that were torn down in history were being built again … with the current economic and obvious political crisis many European countries are facing recently we are witnessing that states with the support of their citizens are trying to isolate themselves from the Europe as a community again. I’m afraid that such continuation will bring us to increasing nationalism and competition among states. In my opinion this can only weaken Europe and the states within this continent.” When I asked her about where she sees Europe in 20 years from now she hesitated: “I honestly do not have any vision of Europe.  We are on a turning point and all options are available at the moment. Few years ago I would probably say that the only way is getting closer together and uniting, but now I am really not sure about that.” That sounded quite pessimistic, “realistic” Tamara corrected and added, that even though she doesn’t like to make future predictions – because you never know what the next moment or day brings – she hopes for a new Europe more united and tolerant, where all the countries help each other to be a stronger.

Asking her about her concept of a united Europe, her answer is quite clear “Europe can become united if there will be political and social will for such a ‘project’. However, I think we must distinguish two ideas of united Europe: first, united Europe in terms of shared cultural and social practices and expectations and second, united Europe in terms of economic and even political entity. For both of them we need more acceptance, willingness and tolerance, which are all challenged nowadays. I do believe that Europe can be stronger when united but we are certainly not there yet and considering how things are looking right now, we are on a turning point on which we have to decide whether to split apart and ‘forget’ about the historical attempt of unification or continue with what we started, reform and improve the plan, find a perspective and make radical changes that are needed in order to accomplish unification of Europe. In political and economic terms I think that serious changes to the institutional and legal framework are needed and if we decide to unite, we have to be more determined about it.”

This sound like serious work to do not only politicians are obligated and able to do. Tamara thinks that her generation also has the obligation and ability to change the current situation in Europe: “What is important now is that we do not turn only to our national states but aim higher, aim at well-being and prospects of the Europe as a community of states and people, and I strongly believe that young people can contribute to that. We are a generation that grew up with modern technology, that have friends all over the Europe and world, generation that experienced many historical moments of general liberation and decreasing some embedded historical mis-beliefs. Due to technology and globalization we are indeed more closely connected to one another and national and cultural borders are not even considered anymore in that sense. These are the reasons I believe that my generation and future generations have the potential to bring the change in Europe, to realize the project of unification and respect to one another despite all the differences.” 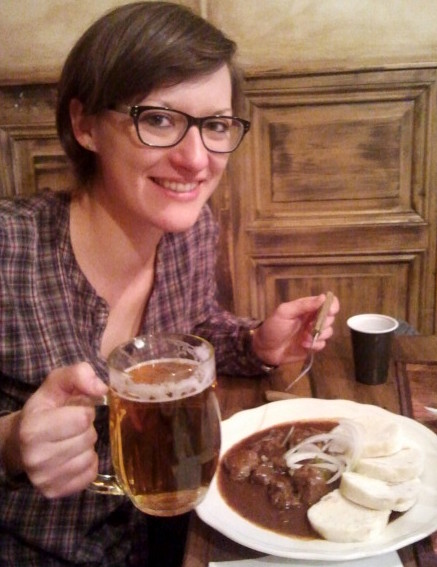 Being engaged in Eustory projects is definitely one way to include Europe into your ‘normal life’: “since Eustory influenced my way of thinking and understanding historical and current events it certainly ‘lives in me’ and will probably also stay present”. Eustory experience reflects her life in the fact that now she has friends all over the Europe. “Every time I watch the news or hear a report about situation in one of European countries I immediately think of people I know there – and all these countries feel more familiar to me now”. On the other hand she thinks that because of Eustory she got rid of some stereotypes and prejudices, and this is certainly a good asset. For her to be Eustorian, means to be more liberal, accepting, tolerant, curious (in terms of research, history, people or culture). Eustory has made Europe a bit smaller for her, “since now when I think about one of European countries, one or more friendly faces of people I got to know via Eustory academies appear. Consequently the countries that before seemed unknown and foreign now seem more known, friendlier and certainly stereotype-free …” she said. 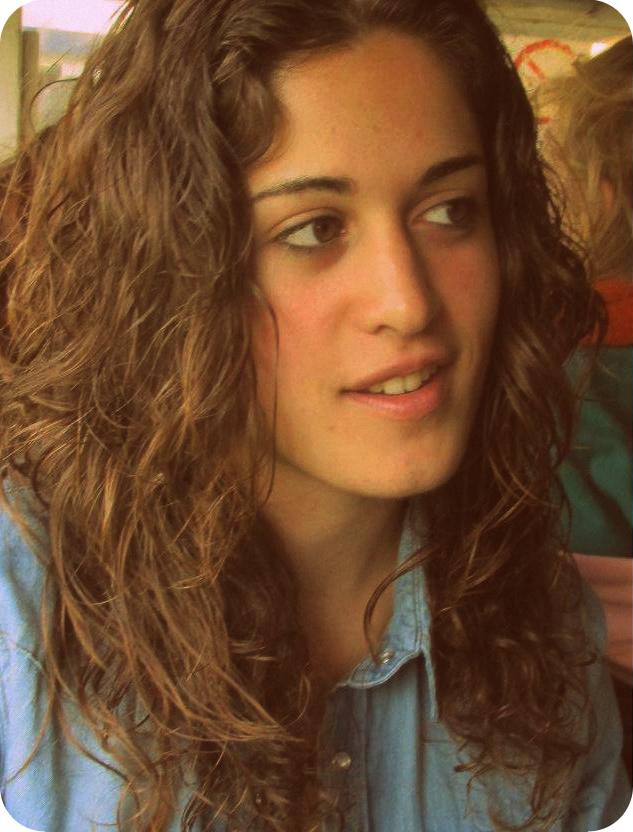 For that reason she would like to encourage anyone to participate in the contest and in the Eustory academies because it is a beautiful and important life experience – a special chapter in her life that certainly influenced her future.