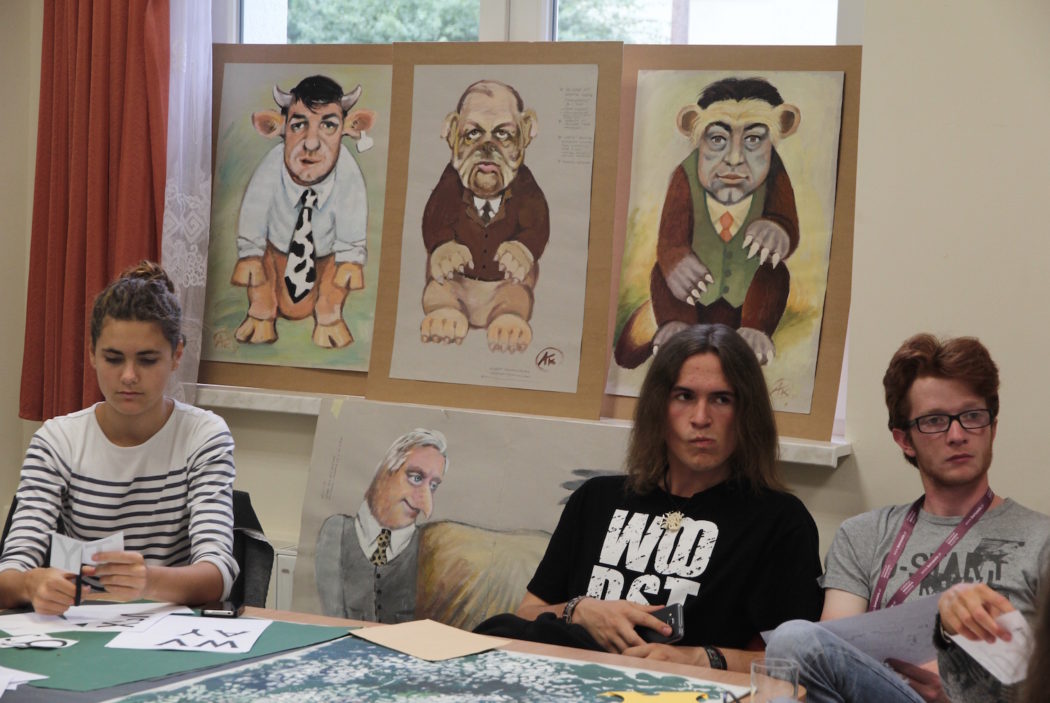 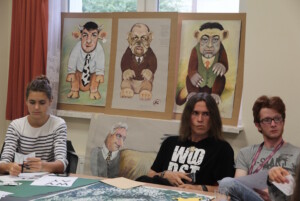 Find out about their search for Baltic Identity, bus tickets and bon fires.

Although it was Sunday, there was a lot of work for us today. But not only for us: we listened to a very well-prepared lecture about Baltic Sea Identity from Marta Grzechnik which gave us a lot of impressions about the different kinds of Baltic Sea states – some identify themselves mainly through the Baltic Sea while some are more shaped by other influences. After listening to her we are looking at the sea now not only as a landscape but as some kind of food deliverer, way of traffic and trade and as a connection between the very different countries which are situated next to it. – Although there was a lot of war in the common history of these states, they can use their past as a connection between all of them. 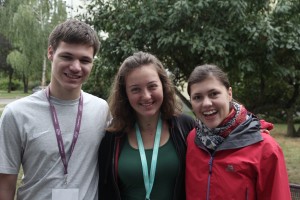 After lunch we had time to discover Olsztyn in small groups. We also were allowed to sit the whole afternoon in our rooms, but surprisingly most chose a trip to the city. Although the old city was not far away from our residence, it was a little adventure to get there. – it started with buying a bus ticket. Damian, one of our persons in charge told us to buy the ticket at the supermarket because the bus driver would probably not understand (our!) English -but the seller in the supermarket didn´t understand us either. After a short while of stuttering in English we found someone who redeemed us by translating, so we could go to the bus station. Nobody REALLY knew where to go, so it took some time, but we finally got the way to the station and into the right bus. There was the next difficulty waiting for us: where should we get out? Soon one of us remembered Damian saying “get out, when you see Mc Donald´s”, and so we got out, when we saw Mc Donald´s.
We were at different places in the city: we visited a huge catholic church, the monument to memory of release of Warmia and Mazury, beautiful places, old and new houses and so much more we can´t share now. But the best, the most amazing, loveliest thing of this whole day was the ice cream. At that ice cream shop we met most of the others, and it was probably the best ice cream I ate in my whole life! I ordered Blueberry and spinach, and was impressed of how tasty spinach ice cream can be! Because it was so cold and rainy we entered a cafe then.
Half an hour before we had to meet the group at our residence, we got ready for the way back, and felt like we were really in a hurry. But we had to buy postcards, and the seller spoke German to us, what is my language and the one of some who were with me, so we HAD to talk to him… Nevertheless we were back at the right time, because of the very well working bus system here.
Hendrikje (Germany)

Since we came back from Olsztyn, everyone joined groups and we continued with our work we had already started in the morning. Except me there are twenty people in the interview group. Today Marcelina, a local artist, had many great ideas for us how to extend and make our work more interesting. Although we are in a hurry with the preparation, everyone is enjoying the time. We made interviews with Mrs. Klobuszanska and Mr. Chojnacki yesterday, but the main task came today. We had to choose the most important sentences of the time witnesses’ stories. That task was hard for me because if I could, I would take them all. Then we had to think about background, style and type of writing, etc. It opens your mind more and gives you new possibilities. Some of my friends became enthusiastic too: they are going to spend all night with that work. After the busy day, we all enjoyed bon fire.
Daniel (Czech Republic)

In my opinion, this evening activity gave us the chance to spend the most amazing time together. The sky was full of clouds – nevertheless we met at the huge lake next to our dormitory to have barbecue and bonfire. This atmosphere created by sitting at the fire together is special. I realized that I actually made a lot of friends here – people who I can share my really personal thoughts with. We had long conversations about “God and the world”, like it is called in Germany – talking about faith, about the way we see our surrounding, about dreams and struggles. At this point, the 2nd Baltic Sea Youth Dialogue” turned into a real youth dialogue for me.
Like it is always belonging to a bonfire, we were playing the guitar and singing too. I had the chance to listen to the National anthems of Czech Republic and Slovakia, Poland, Russia, France and Latvia – and to show the anthem of Germany to the others, of course. I loved this evening because it offered me the opportunity to have a deeper insight into European culture through the heads of young Europeans.
Johanna (Germany)