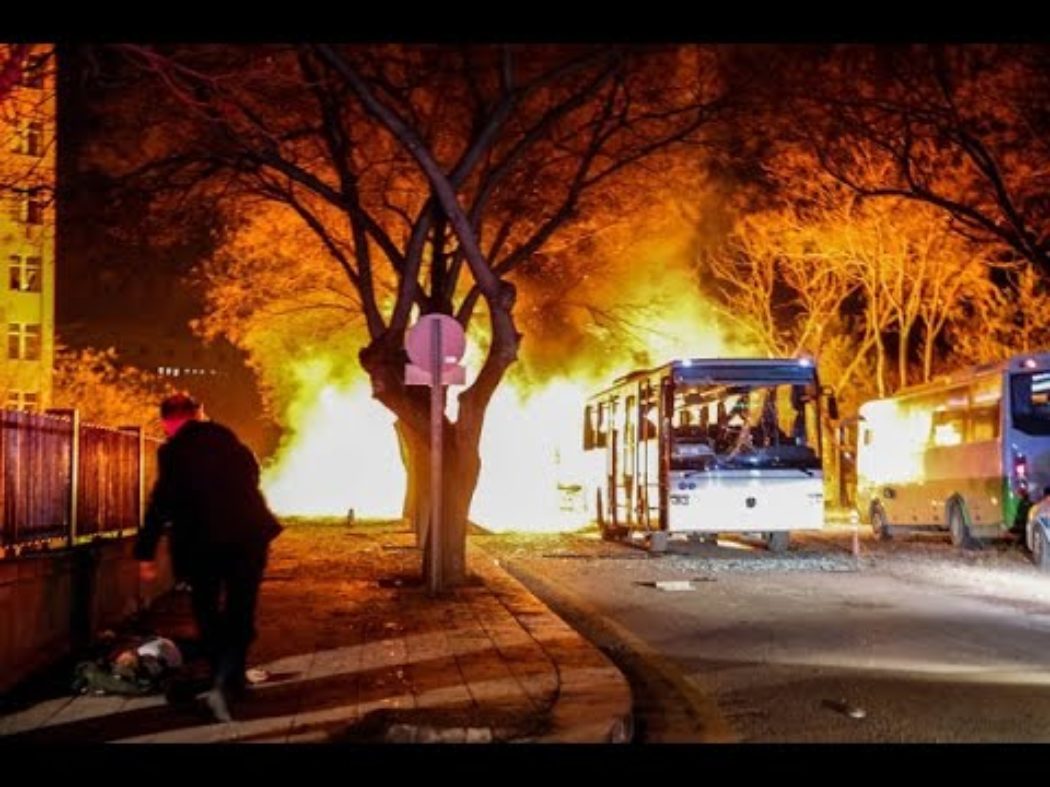 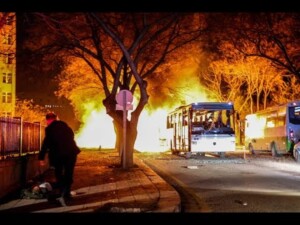 Streets, normally full of pedestrians, tourists, street artists and beggars, deserted. Shopkeepers in shopping malls complaining about no visits, and instead of children in city parks police patrols with automatic guns. Bomb attacks from the very recent past (last one on the 1st of May) that claimed more than 170 casualties had paralyzing effects on the Turkish cities of Ankara and Istanbul.

Anxiety is governing people’s minds and their decisions on whether to leave their safe homes or not. Choice of route to the desired destination is now made upon one main criterion: minimizing the chance of becoming a potential target and a victim of a terrorist attack. All the news and discussions, be it face-to-face or on social media, revolve around security questions and countless warnings from embassies, which alerted their own nationals to avoid certain areas. Since it was the American Embassy that issued a warning already two days before the deadly attack on Sunday, March 13, in which 37 people were killed (with rumours spreading that the number is much higher, but curbed by the authorities to lessen the panic) and more than 170 injured in Ankara downtown transportation hub that thousands have passed every day, people have lost trust into generally silent authorities that failed to warn and protect people. 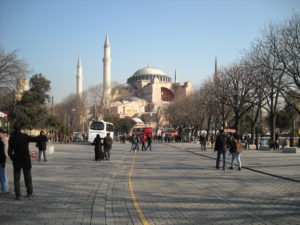 As well as Ankara Istanbul has been a target of terrorist bombings too.

Conspiracy theories say that the Turkish president Erdoğan and the intelligence service might actually not have a clean conscience, since in the end these attacks effectively serve to justify Turkish intervention in the neighbouring Syria. With the German Embassy’s warnings and its eventual closure, together with the German consulate and the school in Istanbul, people got more cautious. German warnings and decisions were once more justified on Saturday, March 19, with the suicide attack in Istanbul’s Istiklal Street. Rumour had it there were 19 bombs, which were about to go off in various places across Istanbul during that weekend. The idea became even scarier and alarming after the police allegedly raided several private apartments and seized hundreds of Kalashnikov guns. Although there was only one bomb-explosion that weekend, the terrorists’ aim was achieved. Major sport events, such as the traditional derby between Istanbul’s football teams Galatasaray and Fenerbahçe, have been cancelled due to an anticipated Paris like attack on the stadium. Many schools opted for cancelation of weekend activities, while bars and hotels followed the officially imposed ban and cancelled the beforehand planned celebration parties of Newroz. Newroz is a celebration of a new year coinciding with the beginning of spring, with the great importance also for the Turkish Kurds. Since Newroz celebrations in Turkey had been for a long time equated with the recognition of Kurdish identity, celebrations were officially prohibited until 2012, when Erdoğan’s governing Justice and Development Party (AKP) launched the peace process, supposedly putting an end to a long-lasting political discrimination and oppression. 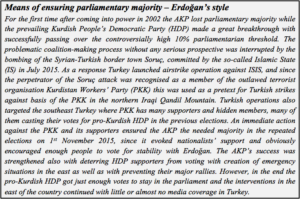 So far (March 2016) Turkish army killed 1,250 PKK militants in their counter-terrorism operations in the southeast Turkey. Although official reports concentrate on operations against the PKK’s (alleged) members, the operations also severely affected many civilians since the line between civilians and suspected members was blurred in many cases. Since summer 2015 more than 50 curfews were announced in the eastern, mostly Kurdish cities where the army is conducting operations using tanks and heavy armour, photos of which (published on social media) resemble civil war alike scenes. Not only were the children prevented to attend school on daily basis, but there were also reports of children being killed on the streets during those operations. Rare expats living in the east of Turkey were the first ones leaving already in summer 2015, followed by many locals fleeing at the beginning of 2016. After the March bombing in Ankara the so far unproven rumours about the use of chemical weapons in Yüksekova, a town close to Iranian and Iraqi border, started circulating.

From east to west – Instability on the move 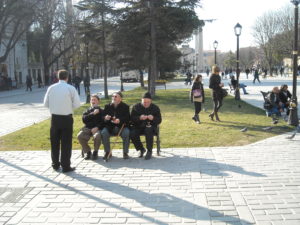 With the recent bombings in Ankara and Istanbul the almost invisible unrest from the east of the country was transferred to the generally more stable west. While it was confirmed that IS perpetrated the bombings at the Ankara train station in October 2015 and the Istanbul bombing in March 2016, the other two bombings were work of the Kurdistan Free Hawks (TAK) group. The TAK group, which split from the PKK years ago, became much more radical and got out of control of its older sister organisation. Although the authorities accused the PKK of the February blasts, TAK claimed the responsibility soon after the attack with a statement that the bombing was an act of revenge against “fascist” Turkey and its military presence in the southeast. Similar message was later released after the Ankara bombing on Sunday, March 13.

Tragic, but not surprising

Considering the events, leading up to today, the situation is neither surprising neither new. Turkish east was a troublesome region for Turkey until the beginning of the peace process. There were occasional PKK attacks on police and soldiers with reciprocal operations and detentions. What has changed now, is the fact that there is another organisation perpetrating attacks, whose tactics, aims, and its connection to the PKK are less known to the Turkish authorities. Some claim that TAK is actually only another PKK’s cover, used in order to maintain its reputation in the international community for successfully fighting IS in Syria. Still, it is obvious that TAK is determined to bring the conflict to the west with no or little consideration of possible civilian victims. However, the spread of violence from Turkey’s east to the west is not the only on-going change. An even more threatening one is the change of goals. Namely, TAK’s suicide attacks show that they are far more fanatic and zealous about their aims. Bearing in mind that there are also many Turkish Kurds fighting in the lines of IS, which carried out the first Ankara attack as well as the latest attack in Istanbul, the boomerang Turkey is receiving right now might hurt even more in the future. 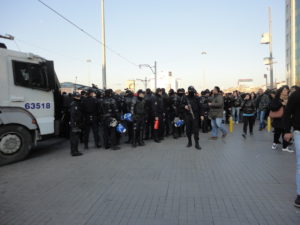 Increasing security measures without simultaneously addressing the causes for attacks and unrest won’t suffice to achieve peace in Turkey.

However, the violent threat from organized groups is less dangerous than the one that was sparked by them and is now silently ticking within the Turkish society. Attacks can be prevented with appropriate security measures, while simultaneously addressing their root causes too. So far Turkey seems to fail the latter, answering to the attacks with only adding more fuel to the fire it had sparked itself. On the other side, it is the widening gap between the Turkish and Kurdish population that has been recently cured but is now bleeding again. The danger exists that all Kurds might be equalized with the PKK by one side and all Turks would be shown as supporters of violent response of authorities by the other.

Polarization of the society has negative effects on daily life. People are reluctant to express their opinions openly. Your parents might oppose your company of friends with different political views, or your friends might stop coming over since your flat-mate seems too radical to them. In many cases the solution people choose is simply turning off all the news channels, thus eliminating the topic and avoiding any discussion that has the potential to escalate. Embarrassing silence that follows together with suspicious views is the one that represents the seeds for much greater and wider conflict that may follow if the authorities will not calm down the situation but rather continue to incite it.

Sara
Sara is a student of one of the Turkish universities, and has been living in Turkey for already four years. Through her daily experiences, social network and studies she has gained a deeper insight into Turkish society and politics.