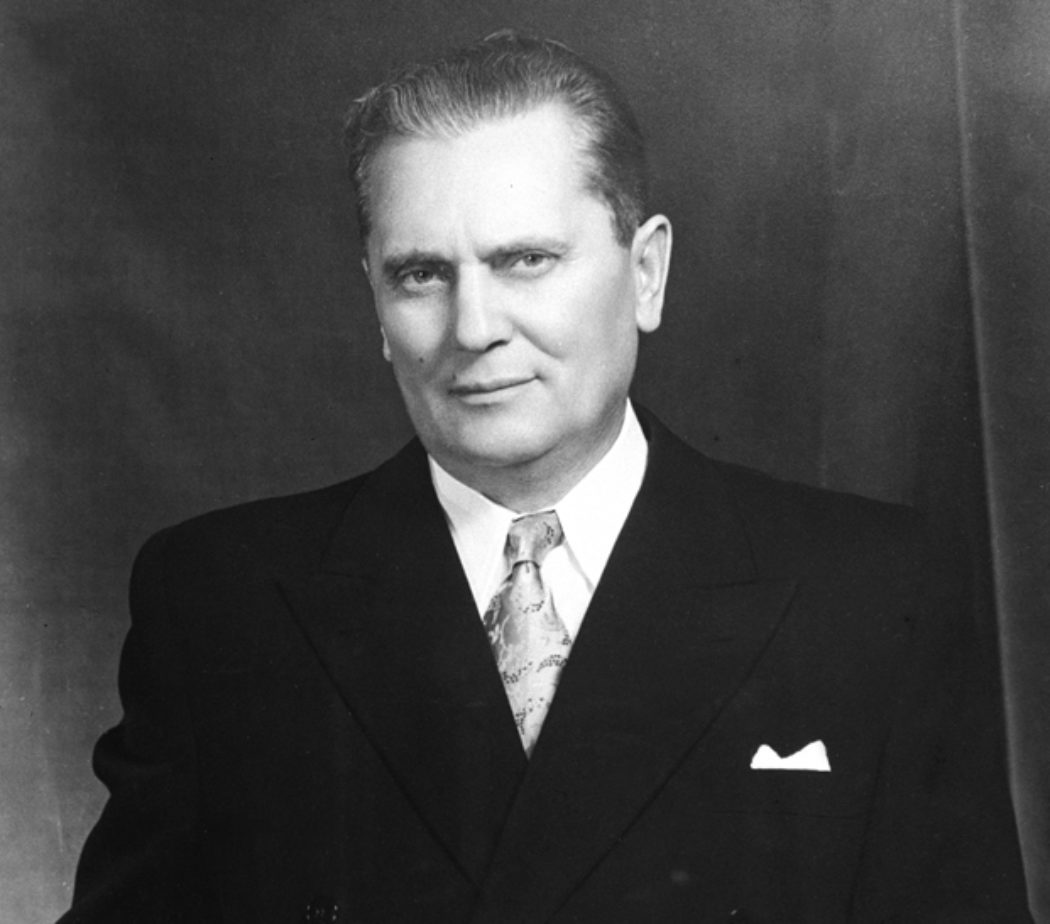 Yugoslav Emb./Dec.54,A32t H.E. Marshal Tito, the President of the Federal People’s Republic of Yugoslavia, who came to India on December 16, 1954. 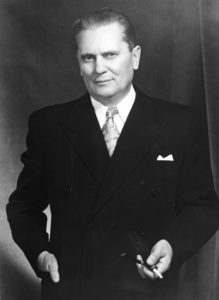 Regardless of whether they were on their way in the city, at work, at home or hanging out with friends on the playground, the vast majority of the population of the former Yugoslavia still clearly remembers where they were, what they were doing and how they felt the moment they found out that Tito died.

We are starting our new column in the Southern part of Europe, in the Balkans, with the question »Where were you when Tito died?«. The decision for this particular question and topic was made based on the fact that the recently bygone 25th of May used to be a major celebration of Tito’s birthday in the former Socialist Federal Republic of Yugoslavia (SFRY), called the Youth Day, in which Tito was of course the main and central* figure. Even nowadays, 37 years after the last celebration he attended, some people all over the nowadays sovereign states of the former federation, still celebrate 25th of May and many former Yugoslavs still nostalgically remember the date as the Youth Day. Because of the importance Tito’s figure had in people’s lives, we wanted to know:

Where were you when Tito died?

The president of the former state of Yugoslavia, Josip Broz Tito is undoubtedly a controversial figure with a strong personality cult, who in one way or another marked lives of generations living (between 1945 and 1980) in one of the six republics that made up the federation. Due to the strong personality cult and his political as well as social role, his death represented a big change, and for a major part of population also a kind of an emotional shock. Consequently, majority of individuals, former Yugoslavs, belonging to generations of our parents and grandparents (the so-called generation X, and the generation of baby boomers), clearly remember the 4th of May 1980, the day that Tito died.** 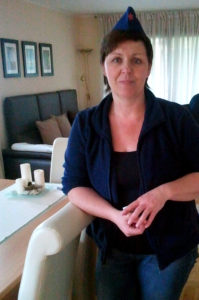 Milena with the hat she wore as Tito’s pioneer.

It was a regular Sunday evening. I was at home, watching TV, when the programme was interrupted and the then very famous and respected TV presenter Tomaž Terček announced that Tito died. I still clearly recall that image on the TV, his serious face expression, his voice and the words: »Umrl je tovariš Tito.« (»Comrade Tito has died«). It was an extremely sad atmosphere – I cried, beacuse I liked and cared about our president. There was also the feeling of confusion, due to the fact we lost the president that played such an important role in SFRY. Without him Yugoslavia was practically unimaginable. 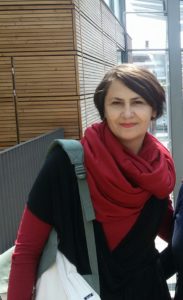 It was Sunday, 4th of May 1980, 15:15. I was thirteen years old. I remember that I was in a stadium with my father watching a football match of the local football club. Suddenly the match stopped. Someone screamed: “Comrade Tito has died!” I started to tremble and cry. People left like there had been a storm or an aerial bombardment. All of a sudden, streets turned empty. I was scared. Terrified I rushed home and stood in the courtyard for a while. Then I went to my room, hid my head under the pillow and cried as if my own father had died. 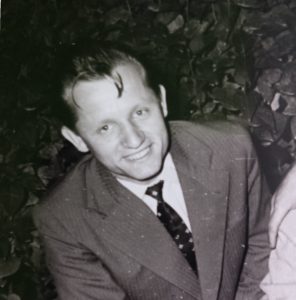 Franc – in the time when Tito was a president of the SFRY.

I heard about Tito’s death over the special TV announcement in the evening on the day he died – it was 4th of May 1980. It was bad news, but I did not cry, why would I? His death was expected, since he was old and sick for months. I remember that the whole country was basically preparing for the bad news about his death long before. Already in February, when there was traditionally a big Shrovetide festival in the city of Ptuj, the carnival parade was cancelled as a precaution measure in case Tito died during that time already. 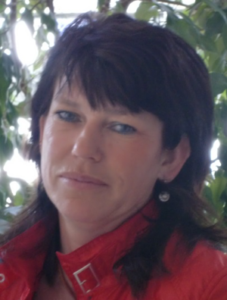 For Zumreta the day of Tito’s death is unforgettable.

I remember I was in a tram returning from school, thinking about exams and my studies. Back then I was seventeen years old. There was background music in the tram, when all of a sudden the radio program was interrupted. You could only hear a sad voice announcing the death of our president Josip Broz -Tito. The tram stopped, and for a moment people just stood there, shocked, not realising what just happened, when the first passengers started to cry. This is a moment I will never forget, particularly as it happened in the same month, in which we usually celebrated Tito’s birthday with a rally, where we from hand to hand passed on a baton, which with great warmth and love travelled from villages to cities. 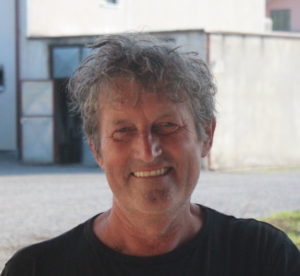 Husein was not a fan of Tito and had to be careful in showing his indifference towards Tito’s death.

The day when Tito died, I sat in front of the television with my grandfather and my grandmother. We watched a TV-broadcast on agriculture, when all of a sudden the music stopped and a black banner appeared on the screen. A voice announced Tito’s death. My grandmother then said: “Finally he has died, this old dog.“ My grandfather replied: “Mind your words, or you will end in prison, you old crone!“ Both my grandmother and grandfather were not supporters of Tito or communism due to various reasons, one of them was the ban on practicing religion openly. I myself was not unhappy about his death but we had to be quiet and careful, as there was a lot of police and spies. 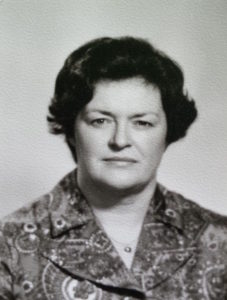 Tito’s death made Marija burst into tears and filled her with sadness.

I remember we were watching TV in the evening when the broadcast was suddenly interrupted. The news presenter told us that Tito died earlier that day in a hospital in Ljubljana. I burst into tears. We were all very sad. The next day, on Monday, at work, we were eagerly listening to the radio and later at home watching TV news in order to hear more about Tito’s death and what is going to happen next.

* They meant that quite literally – on the last Youth Day celebration in 1979 participants/performes sang a song »Tito is our sun« (»Tito je naše sunce«).

** In order to get a glimpse of on what scale his national as well as international political influence was and consequently what a major event his death was you can watch this video of Tito’s funeral on the 8th of May 1980. Since Tito died in Ljubljana (Slovenia), and the funeral took place in Belgrade (Serbia) the capital of Yugoslavia, his body was transported from Ljubljana to Belgrade with a special presidential train that was on its way greeted and welcomed by the people paying respects to Tito. Historically the most interesting fact about his death is probably the largest number (127 represented countries) of foreign statesmen and stateswomen in history – from both sides of the iron curtain – attending the funeral. The internationally interesting crowd of statesmen and stateswomen consisted among others from Margaret Thatcher, Sadam Hussein, Eric Honecker, Helmut Schmidt, Yasser Arafat, Indira Ghandi, Leonid Brezhnev etc.

Tamara
Tamara (1990) comes from Slovenia, where she finished her bachelor in International relations and is currently doing her master in Management. To balance the more theoretical part she fills her free time with drawing, creating with wood and travelling.